Going to catch the penultimate round of the 2015 MotoGP season at the Sepang International Circuit (SIC) this weekend? If so, RapidKL, the official public transporter, is encouraging spectators to catch a bus towards said track from either KLCC, KL Sentral or klia2 for a hassle-free journey. 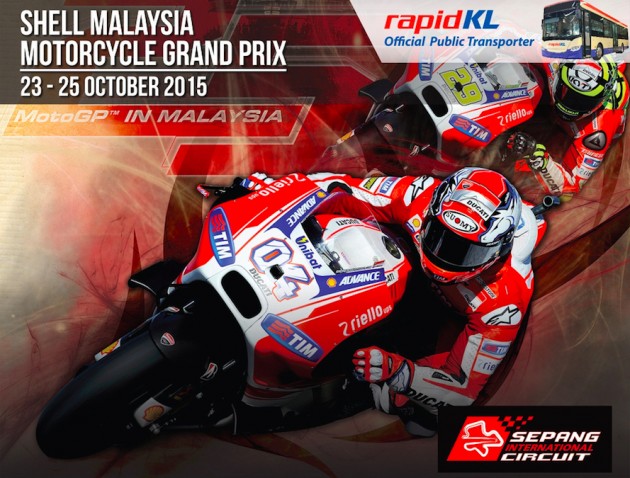 For buses departing from KLCC and KL Sentral, tickets will cost RM18 and for a one-way trip while a return ticket will cost RM30. From klia2, a one-way trip will cost RM10 with no return journey scheduled. From Friday to Sunday, the first bus will depart KLCC, KL Sentral and klia2 at 8 am with the last one headed towards the circuit scheduled for 12.30 pm – bus frequencies will be between half an hour to 45 minutes. 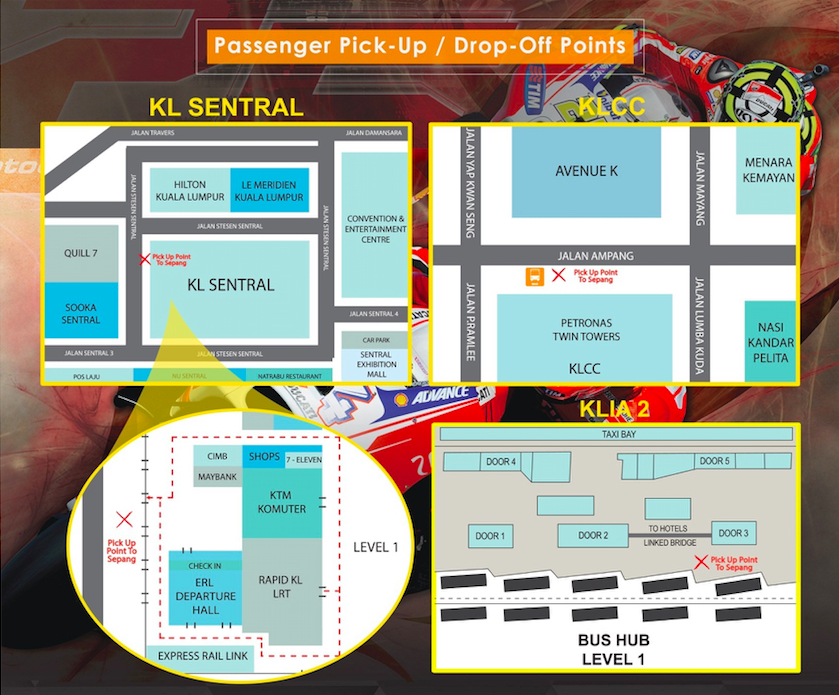 As for the return leg, the first bus to depart SIC will leave the circuit at 4 pm with the final bus headed out of said track scheduled for 7 pm. All in all, RapidKL predicts a total traveling time of an hour and 15 minutes from KL Sentral/KLCC while the bus departing from klia2 should take an estimated 15 minutes.

Spectators can purchase their bus tickets at both the KL Sentral and KLCC LRT stations. On Friday, spectators can also their tickets at the bus hubs and the SIC bus hub – the latter to be located at Parking Zone PA at the entrance of the circuit. Arriving spectators will be dropped off at the same point before boarding shuttle buses that will ferry them to their respective seating areas.