The price tag of Kuala Lumpur International Airport 2 (klia2) which sky-rocketed almost three fold to RM4 billion may have outraged taxpayers but it dwarfs the illicit outflow suffered by Malaysia in one year alone, which was enough to build the over-budgeted airport 42 times over.

According to the latest annual report by Washington-based Global Financial Integrity (GFI), Malaysia lost a total of RM171.11 billion (US$48.93 billion) in 2012 – the latest statistics revealed by the watchdog in almost a decade of tracking illegal capital flight.

The sum is enough to fund Malaysia's budget for five consecutive years, based on Budget 2015's expenditure of RM273.9 billion.

According to the global financial watchdog, the illicit outflows were lost in the form of corruption, tax evasion and crime.

Despite the damning capital flight, Malaysia showed marginal improvement as the illicit outflows for 2012 declined by 5.98 percent compared to 2011.

World’s No 5 in illicit outflows 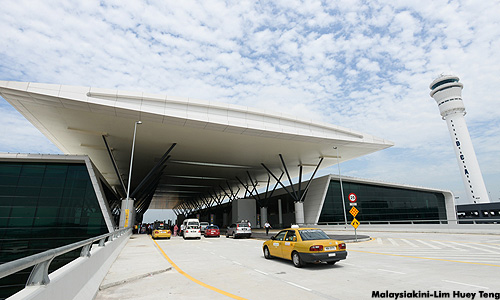 In the latest report, Malaysia remains among the top five countries for illegal capital flight but its ranking improved slightly.

The country was ranked the second worst in terms of illicit outflow in 2010 but gradually “improved” to fourth place in 2011 and fifth place in 2012.

For 2012, which is the latest statistics, tiny Malaysia is ranked behind China, Russia, India and Mexico.

The report, entitled ‘Illicit Financial Flows from Developing Countries: 2003-2012', said 77.8 percent of all illicit outflows are from mis-invoicing of trade transactions.

In March last year, Bank Negara Malaysia (BNM) acknowledged the problem of illicit outflows from Malaysia, but claimed that the figures by GFI are overstated.

BNM had said GFI did not take into account Malaysia's trade through re-export hubs like Singapore and Hong Kong which would have reduced the invoice mis-pricing estimate.

GFI chief economist Dev Kar had said adjustment factoring Singapore was less significant than Hong Kong as the latter was a much larger entrepot hub compared to Singapore.

However, Minister in the Prime Minister's Department Paul Low argued that Malaysia is a bigger trade partner with Singapore.

Trade misinvoicing is the intentional misstating by multinational companies of the value, quantity, or composition of goods on customs declaration forms and invoices, usually for tax evasion.

In the most recent report, financial watchdog said its methodology remains "extremely conservative" as it do not include trade mis-invoicing in services, same-invoice trade misinvoicing, ‘hawala’ transactions and dealings conducted in bulk cash.

“This means that many forms of abusive transfer pricing by multinational corporations as well as much of the proceeds of drug trafficking, human smuggling, and other criminal activities, which are often settled in cash, are not included in these estimates," said Kar.

‘Hawala’ is an underground banking system based on trust whereby money can be made available internationally without actually moving it or leaving a record of the transaction, widely practised by many money changers in Malaysia.

A record of US$991.2 billion in illicit capital flowed out of developing and emerging economies in 2012, said the report.

“Most troubling, however, is the fact that these outflows are growing at an alarming rate of 9.4 percent per year – twice as fast as global gross domestic product,” said GFI president Raymond Baker.

GFI made several recommendations to overcome this problem, including urging governments to establish public registries of meaningful beneficial ownership information on all legal entities.

It added financial regulators should also require all banks to know the true beneficial owner or owners of accounts opened with the financial institutions.
GFI also called on governments to implement the Financial Action Task Force’s (FATF) anti-money laundering and to enforce such laws, while tax havens should be treated with the highest level of scrutiny.

It also urged the United Nations to set a target to halve illicit outflows by 2030. – M'kini