OVER 200 winners descended upon the brand new Tune Hotel klia2 and enjoyed a fun-filled evening as the hotel organised a “Pyjama Party” to celebrate its opening. 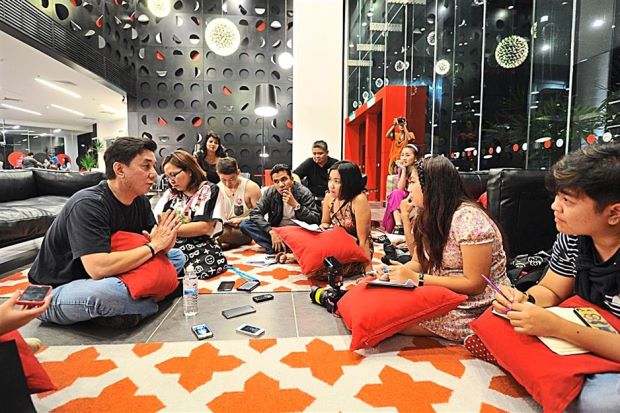 Ten winners of the Tune Hotels’ #RoomerHasIt Facebook campaign were able to invite family and friends to enjoy a further 10 complimentary double rooms for a sleepover at Tune Hotel klia2 and join in the celebration.

Journalists from Indonesia, Thailand, the Philippines, Singapore, Australia and Taiwan were also flown in courtesy of AirAsia and AirAsia X.

The event was made possible by partner-sponsors including TripAdvisor, which mascot Ollie the Owl made a guest appearance.

Tune Hotels Group chief executive officers Mark Lankester said: “We are thrilled with the opening of Tune Hotel klia2, which has already received overwhelming response and very strong forward bookings from travellers around the region.

“Through the #RoomerHasIt social media campaign, we aim to introduce and create further awareness of our latest design and fit-out to previous guests. It also highlights the fantastic facilities at klia2, the world’s largest purpose-built airport for low-cost carriers. There is no better way to do that than have them immersed in the hotel itself.”

The hotel, which has 400 rooms, is directly connected to the new Kuala Lumpur International Airport 2 terminal via a covered walkway and link bridge, allowing easy and more convenient access including to the Gateway@klia2 shopping centre.

For ultimate convenience, the hotel features AirAsia self check-in kiosks in the lobby.

“Much has been said about the huge size of the new klia2. By hosting these winners and their guests at the Tune Hotel klia2, we want to illustrate just how convenient it is to have a great sleep or enjoy the services within the hotel while waiting for their next flight, and the convenience of strolling over to the terminal without rushing and with time on your side,” said Lankester.