Minister in the Prime Minister's Department Tan Sri Joseph Kurup will be handing over the Christian books and CDs seized from a Sabah pastor tomorrow, his political secretary Vincent Wong confirmed today.

Wong said that he would be carrying the consignment back to Kota Kinabalu with him.

"No cost is involved, I have my flying points," Wong said, when asked who would be picking up the cargo tab.

The items, made up of 574 books and 419 CDs, were seized at klia2 from Maklin Masiau on October 25 by the Customs Department.

Wong told The Malaysian Insider today that Kurup would be handing over the items to Masiau at a luncheon in Magellan Sutera Resort in Kota Kinabalu at 12.30pm tomorrow.

"They have been at our office at the klia2, ready for collection. We are just waiting for them to be picked up.

"We were told the owner and his church have asked Tan Sri Joseph Kurup for help in terms of the cargo cost to take the items back to Sabah.

"As for us, we are not charging anything, we are just waiting to hear from whoever is going to pick them up," she told The Malaysian Insider today.

Kurup had said last Friday that efforts were being made to ensure the Christian books and CDs were returned to their owner.

"We will do our best to ensure the books and CDs are returned as we are totally committed to the 10-point solution," he had said.

The 10-point solution drawn up before the Sarawak elections in 2011 provided for Bibles in all languages to be imported, including those in Bahasa Malaysia and Bahasa Indonesia which contained the word “Allah”.

It also allowed for the printing, importation and distribution of the Alkitab, the Bahasa Malaysia version of the Bible.

Masiau was returning to Kota Kinabalu from Medan, Indonesia, through klia2 when the items were confiscated. 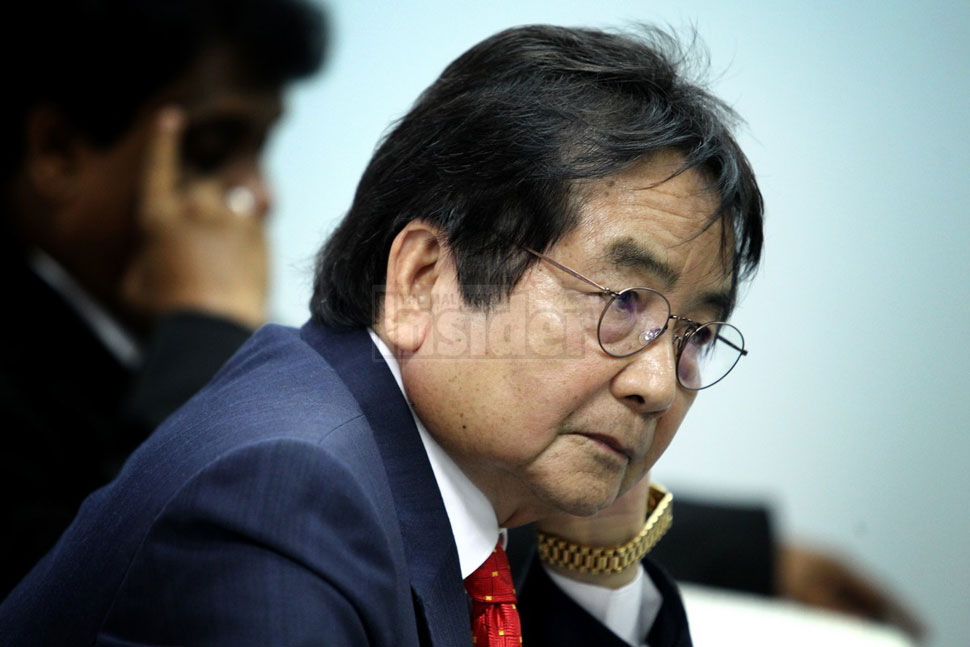 Minister in the Prime Minister's Department Tan Sri Joseph Kurup will be handing over the Christian books and CDs seized from a Sabah pastor tomorrow. – The Malaysian Insider file pic, November 5, 2014.

Following that, Hashimah reportedly said that the items were seized by the Customs Department as the person carrying it did not have an import permit, which was required when foreign publications were brought into the country.

She had also that the books and CDs were in the Home Ministry's possession at the airport terminal and they had verified that they were brought in for the owner's own use in Sabah.

Hashimah had also said that they had contacted Masiau to let him know that he could take his items back, but that he would have to bear the cost of transporting them back to Sabah. – November 5, 2014.