The new terminal at Kuala Lumpur International Airport, klia2, opened earlier this year in May. A three minute, 50-cent train ride from the main terminal, it serves AirAsia, Lion Air, and Zest Airways and contains about 60 gates overall.

On our recent adventure in Southeast Asia, we passed through it on our way to and from the Rainforest World Music Festival in Borneo. As expected, the building is very modern, following the “new airport trend” of looking more like a shopping mall than a transit terminal. But there was one vendor that jumped out at us as we walked by, something we never expected to see: A grocery store.

Not a convenience store – a full on grocery store. We’re talking numerous aisles, a produce section, dairy, free samples… the whole shebang. While initially confused, this idea really hit home with us as we perused the bakery section. The store serves as a means of getting a bite to eat before takeoff, but does its true value rest on the backend, for those with KL as a final destination? 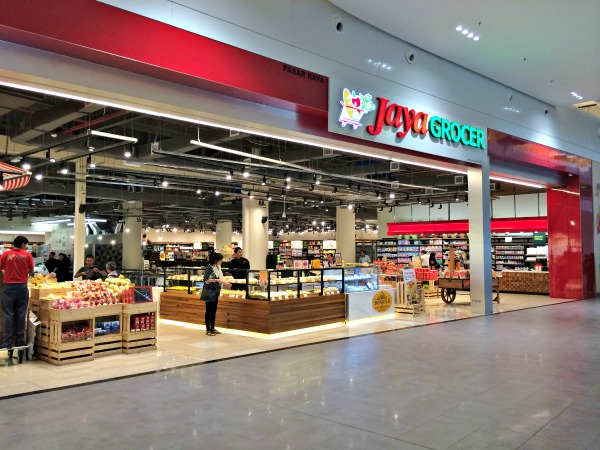 We can’t tell you how many times we’ve arrived at home, late at night or otherwise, and had to muster the energy and patience to stop at a grocery store on the way home, knowing we had nothing in the fridge or pantry awaiting us upon arrival. We’re not talking a full on Sunday shopping list – just a few things to get us through the night and the next morning, like fruit, yogurt, or cereal. But those who live in KL can land and pick up the essentials right there at the airport without going so much as ten steps out of their way. 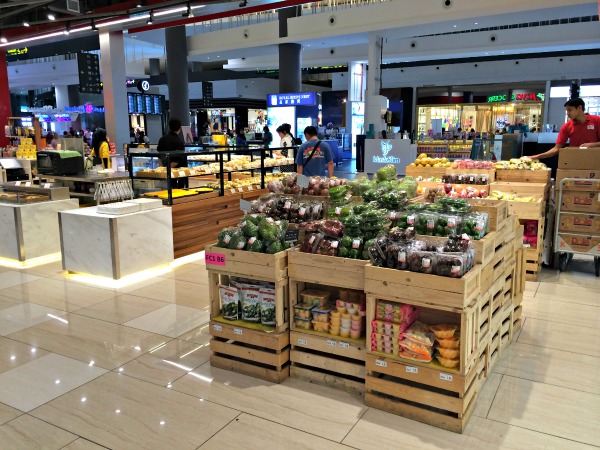 As you would anticipate, the prices were a tick higher than what you would pay on the street, but we’d totally be willing to pay an extra few bucks if it meant we didn’t have to make an extra stop on the way home. We think this concept – as opposed to another duty free store – is one of the most practical uses of retail space we’ve seen at an airport in a long time. We’re not sure this would work in the States where upcharges tend to be over the top (think $9 Coors Lights at JFK), but it’s definitely an idea worth experimenting with and one we think could go over very well in large commuter airports. 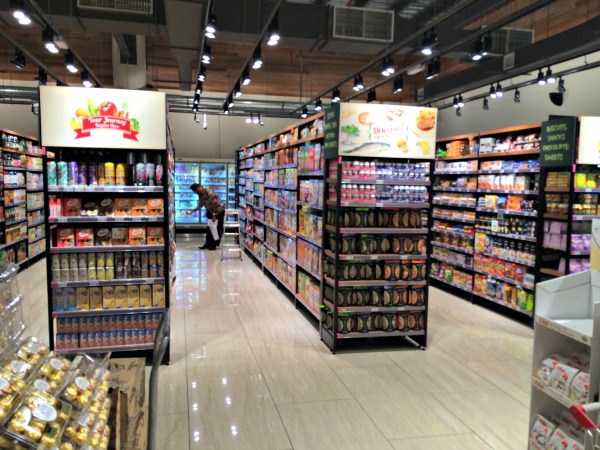