On 2 May 2014, the world’s largest purpose-built airport terminal for low-cost carriers, klia2, is scheduled to open its doors and as the flagship airline customer, AirAsia will go live with the most comprehensive self-service offer ever seen in an Asian airport. 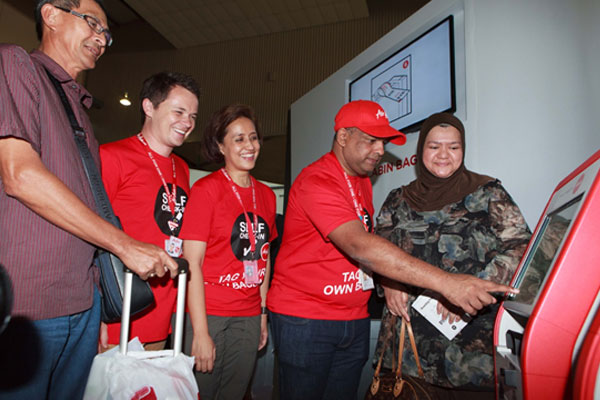 Passengers flying from the facility – which will replace the existing Low-cost Carrier Terminal (LCCT) – will be able to check-in using self-service kiosks, tag their own bags, and – towards the end of this year – deposit them at a self-service bag drop without the assistance of an airline agent.

While this kind of all-encompassing self-service process is becoming commonplace in Europe, it will be a groundbreaking experience for many Asian travellers.

“One thing we’ve been mindful of is the way the Asian consumer market reacts to self-service,” explained Steven Dickson, Group Head, Ground and Inflight Operations, AirAsia.

“What we didn’t want to do at the beginning was go in and say: ‘we’re 100% self-service’ with a Qantas-type model. So, what we’ve got is components of existing technology and new stuff as well.” 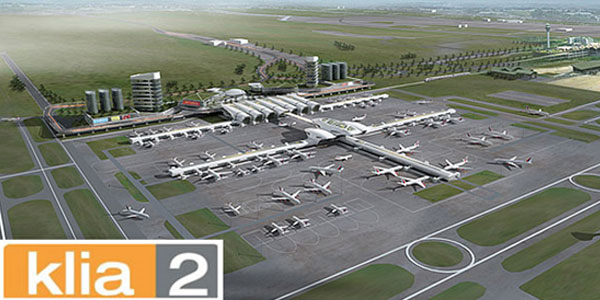 klia2 is the largest purpose-built terminal for low-cost carriers anywhere in the world and will be the new home of AirAsia.

Among the new solutions are the latest self-service kiosks, which can be used to verify documents, check-in and print bag tags. These are in addition to the bag drop units that will be introduced in the second half of the year that will provide the second stage of the two-step bag drop process that AirAsia has opted for.

While the airline’s self-tagging service was launched in October 2013 in the LCCT, it will be rolled out more widely across the new terminal.

At present, 65-70% of AirAsia’s passengers make use of self-service check-in, but Dickson is confident that with the current growth rate standing at between 1-2% per month, the airline will eventually be able to push self-service uptake “upwards of 95%”.

When questioned by FTE about going even further with the use of new technology and adopting permanent and home-printed bag tags, Dickson explained that he will wait for other airlines to put in the legwork, rather than try to be seen as a pioneer. 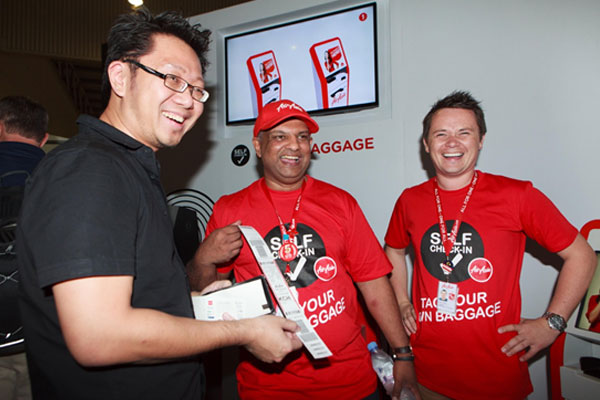 Steven Dickson, AirAsia’s Group Head, Ground and Inflight Operations, pictured here alongside AirAsia founder Tony Fernandes, explained that he would like to see upwards of 95% of the low-cost carrier’s customers using the self-service facilities.

He said: “It’s all very well being the first to market, but I’d rather get it right. Let the others have the pain-points. We’ve always been innovators at AirAsia and will often be first to market, but with this, I’m more than happy to come in down the line and scoop it up, taking away the learnings from others.”

In a time when customer service and the overall experience of travel matters more to flyers than ever before, AirAsia – which has been voted World’s Best Low-Cost Carrier for five years running by SkyTrax – is open to the idea of responding to passenger demands to ensure its offer stands out from the crowd. That is, in Dickson’s own words, “as long as it doesn’t pollute the rest of the business”.

He continued: “Five years ago, we would have said: ‘Connectivity? No. Lounge access? No way. Priority baggage? I don’t think so.’ But if there’s a smart way to do it and deliver it in a high quality way to a consumer that’s willing to pay while still maintaining our core principles as a low-cost carrier then that’s the way to go. I think there’s a trade-off to be had.

“It’s a bit of a cliche, but low-cost may have meant low-quality in the past and with many imitators, that’s exactly the experience you got. Of the 40-plus million customers who flew with us in 2013, the vast majority of them will have had a great experience and will come back again.”

However, rising customer service levels should not lead airports to treat LCCs in the same manner as full-service airlines, Dickson explained. In fact, this issue, he revealed, will “turn off” AirAsia in terms of dealing with these airports and growing its presence. 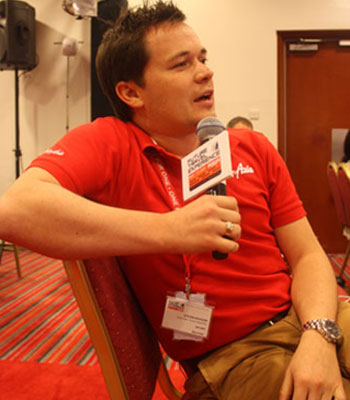 Steven Dickson, Group Head, Ground and Inflight Operations, AirAsia: “One thing we’ve been mindful of is the way the Asian consumer market reacts to self-service.”

“The expectation all too often is that as an airline customer, you’re going to deliver the same customer service as all other airlines,” he stated. “In particular, some airports expect full-service passengers to be processed in exactly the same way in exactly the same times as a passenger flying with us, with the same queuing times and bag delivery times.

“Yes, I’m paying the airport to use that footprint, but they’re our customer! For us, it’s all about managing cost, which allows us to really grow the market exponentially. Our customers don’t expect to queue forever, but neither do they expect to be processed in the same time as a Business Class passenger.

“Service levels are important, but if we can offer fares half that of the nearest full-service operator, what’s an extra few minutes? The beauty of technology, of course, is that queues will become a thing of the past, providing our airports embrace what’s coming at them!”

An airline-designed airport of the future

While AirAsia will soon be settling into its new home in klia2, Dickson continues to look further ahead. Setting his sights on the airport of the future, he envisages an airport where the first airline agent the passenger meets is at the door of the aircraft.

Building on this vision, he even explained that future airport terminals could be designed and owned by the airlines themselves, admitting, however, that such a model is some way off.

For now, though, AirAsia’s focus is on agreeing the final details of its move into klia2 with Malaysia Airports and to make its first real attempt to push self-service as the predominant means of processing in Asia memorable for all the right reasons.