The highly-anticipated new Kuala Lumpur International Airport 2 (klia2) is on track to open by May 2 this year.

Acting Transport Minister Datuk Seri Hishammuddin Hussein said currently the target is for Malaysia Airports Holdings Bhd (MAHB) to receive the main terminal building (MTB) along with the Certificate of Completion and Compliance (CCC) by end-January.

MAHB will be conducting the Operational Readiness and Airport Transfer process for three months as soon as it receives the MTB and CCC from the contractors.

"I hope all the stakeholders will work together to achieve this target," Hishammuddin told reporters at a press conference after visiting the klia2 here, today.

He said the total cost of the mammoth project will be revealed after it’s completion. The current cost still remains at RM4 billion. 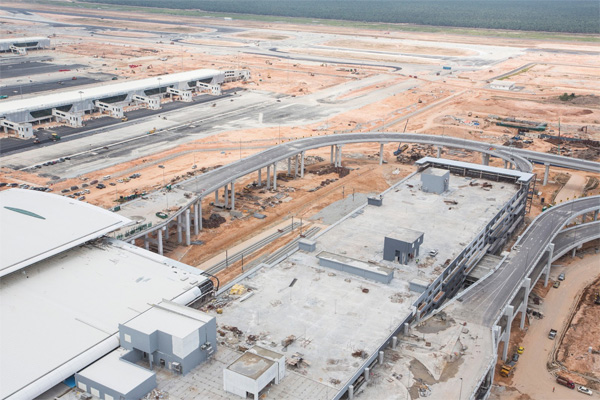 In addition, Hishammuddin also call on all the aviation industry players by end of this month to look into the National Aviation Policy that was announced during the Budget 2014 presentation on October 25 last year.