Construction work at klia2 in Sepang is nearly 100% complete and the government is confident that the low-cost carrier airport, the biggest in Asia, will be opened as scheduled on May 2.

In giving the assurance, Deputy Minister of Transport Datuk Abdul Aziz Kaprawi, said that in principle, the airport’s main terminal building has been completed and "the application is being made for the fire safety certification from the Fire and Rescue Department."

"We are still firm on the May 2 deadline for the opening. We are confident the opening will be on time, only fhere is a minor problem with fire safety, only we have not received the certificate from the department.

"The trial on Operational Readiness Airport Transfer (ORAT) is being conducted now and we hope there will be not much problem," he told Bernama after attending a function at Universiti Tun Hussein Onn here today.

On the airport’s construction cost, Abdul Aziz said the cost has not been finalised yet. He explained that the airport construction was a private company initiative, the Malaysia Airports Holdings Berhad (MAHB).

"The airport is built as a private initiative by MAHB and they generate their own financing by issuing sukuk (Islamic bond). There should be no worry over the cost, it does not involve the people’s money," he said.

Asked on the probability of the airport charges be increased to meet the construction cost, Abdul Aziz said the charges must comply with the guidelines set by the government.

The guidelines are only reviewed every 10 years, he said, adding that the action committee overseeing klia2 is headed by the Transport Ministry.

Abdul Aziz also said the sophisticated facilities at the airport would attract several premium airlines but at the moment the airport was only for budget carriers. 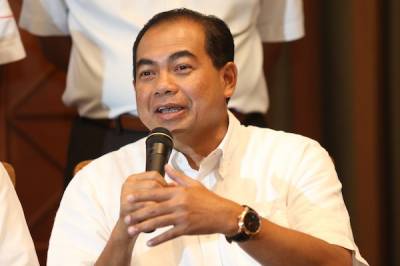 "The priority now is for budget airlines," he said, adding that klia2 would become the first "Airport In The Mall" as it provided state-of-the-art shopping facilities.

Abdul Aziz said the tender for the business space at the airport received overwhelming response from traders from within and outside the country.

"They are very keen to rent the shopping lots at the airport. Some of them even offered a very high price as much as RM80 per sq ft as compared to RM40 per sq ft at KLIA.

"The MAHB was shocked over the high price offered by traders," he said, adding that klia2 would also have hotel accommodation. – Bernama