IT was only the second day of operations for AirAsia at the new Kuala Lumpur International Airport 2 (klia2), but many passengers were already frustrated with the airline for its poor management. 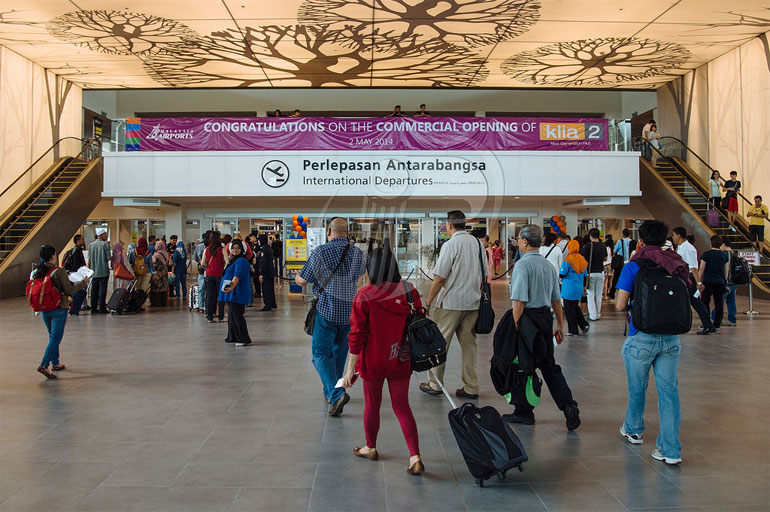 Trouble erupted at the new terminal yesterday when several of the low-budget airline's international and domestic flights were suddenly delayed and cancelled.

There were also complaints from passengers concerning last minute departure gate changes, as well as slow baggage transfer from planes' cargo to the baggage claiming carousel.

A Malaysia Airport Holdings Bhd (MAHB) representative told the New Sunday Times that the situation had probably gone haywire because the airline was still short of manpower and had yet to adapt to their new 'home'.

Orthopaedic specialist Dr Edward Xavier, 46, said his flight to Chiang Mai was scheduled to leave the airport at 2.50pm, but was delayed for 40 minutes due to technical problems.

"I'm going to Chiang Mai for work and luckily the delay is only for 40 minutes. I would have missed out on some important meetings if it was delayed longer.

"AirAsia will need to pick up the pace quickly in order to operate this place smoothly.

"Failure on their part will bring the name of klia2 to shame as they are the main tenant of the airport."

Dedi Stiadi and Dino Sirwan, both 24, said their 3.35pm flight to Lombok was delayed several times and found the inconsistencies in flight information was troublesome.

"We are on a tight budget so it is not easy for us to wait at the coffee shop for a drink or two while waiting for our flight," said Dedi.

A check on the airline's website later revealed that the AirAsia flight to Lombok that was scheduled to depart at 3.35pm only left the airport at 5.26 pm.

Frequent flyer, Leo Fouad, 44 from Canada said his flight from Jakarta arrived in Kuala Lumpur on time but was told there was a slight delay when he was waiting to claim his checked-in luggage.

"I understand that it is only their second day of operation and is still new to the system here but they need to settle in quickly to minimise their flaws," said Fouad, adding that he was amazed to see the beauty of the new airport.

MAHB issued a statement yesterday saying it had extended support and assistance to AirAsia, and similarly to other airlines, to ensure smoother operations.

It said the hiccups were expected with the transfer of a large airline like AirAsia to a new airport, what with their considerable number of flights and passengers, and that all aspects involving airline operations and processes were being fine-tuned daily.

"We have advised the airlines to review their manpower planning and resource availability for ground-handling activities.

"Meanwhile, we have also deployed our own manpower to assist airlines with many aspects of operations.

"Other critical areas that we have highlighted include the unusually high number of gate changes by AirAsia on many of their flights, which have negatively impacted passengers' convenience. (But) with the airline's assurance to minimise these changes, the situation should improve for passengers," it said.

It also reiterated that it did not impose the RM3 'klia2 fee' on AirAsia, and clarified that the Aerobridge and common use check-in facilities are standard features of most major airports and the charges for the use of these were typically treated by airlines as part of their normal operating costs.