Kuala Lumpur International Airport (KLIA) and klia2, managed by Malaysia Airports Holdings Bhd (MAHB), recorded a 6.1% drop in passenger movement to 4.02 million in August over 4.28 million in the corresponding period of 2013.

According to the preliminary data by MAHB, other airports also recorded a drop of 3.8% in passenger movement to 2.87 million in the month of August.

For the whole of August, MAHB handled a total of 6.89 million passengers at its airports, a decrease of 5.2% against the previous year’s 7.27 million.

MAHB said the international and domestic movements recorded a decline of 3.8% and 6.4%, respectively.

“August 2014 was rather a non-event month in comparison to August 2013. Recall that August 2013 had recorded the highest ever traffic growth of a 27.8% increase for a single month, over August 2012, as the major festive Hari Raya period and school holidays coincided in the same month.

“The negative growth in August 2014 was, to a large extent, caused by the unusually high base in 2013,” MAHB explained.

It added that the decline in domestic KLIA traffic was partly expected, as home-based carriers continued to focus on growing international routes and frequencies.

Between January and August, MAHB passenger traffic grew by 7.9%, recording 54.6 million passengers compared to the same period over 2013.

The international and domestic sector grew by 7.4% and 8.3%, respectively. Correspondingly, 32.3 million passengers travelled through KLIA, recording an increase of 6.1%.

The international and domestic sector grew by 7.9% and 1.9%, respectively. Aircraft movements grew by 7.7% for the same reporting period.

MAHB said promotional tourism events had been scaled down significantly in the aftermath of MH370 and MH17 and this seemed to have had some negative impact on both the international and domestic traffic.

It added that the impact on domestic traffic due to the shift of holidays was obvious, especially in domestic travel between Peninsular and East Malaysia. 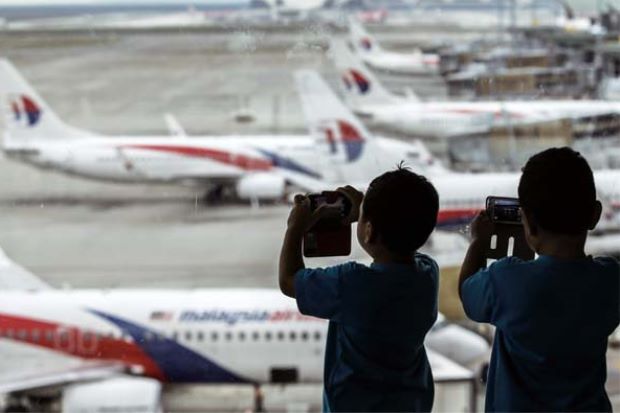 For the whole of August, MAHB handled a total of 6.89 million passengers at its airports. — EPA