Mohd Redza said currently the bank, which gave out loans of between RM100 and RM200 million a year, aimed to undertake an aggressive promotion of its financing products, especially among business associations.

"Right now, the consumer sector is the key contributor to total financing of RM1.2 billion, or 80%," he said at the opening of the bank's Bureau de Change at klia2 today.

Mohd Redza said the Bureau de Change at klia2, the bank's first branch, was expected to handle 300 transactions a day during the first year of its operation. 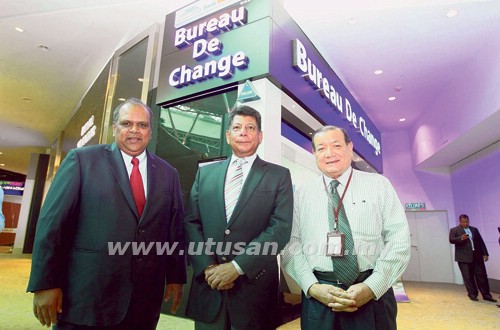 "We aim to open two more branches at international airports by year-end," he said.

He said Bank Muamalat, which currently recorded 1.1% in loan defaults, aimed to reduce it to below one percent by end-2015.