AirAsia officially marked its presence at the new klia2 airport today, with the arrival of its flight from Ho Chi Minh City. 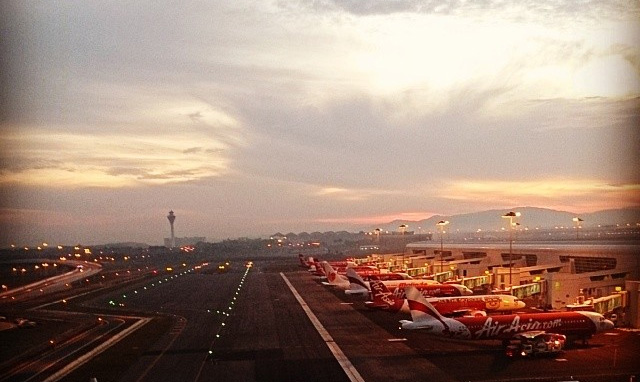 klia2, the world's largest purpose-built terminal for low cost carriers (LCCs) and with the capacity to serve up to 45 million passengers annually, started operations on May 2.

AirAsia said 3,550 of its operations staff and 70 aircraft (AirAsia with 54 Airbus A320 and AirAsia X with 16 Airbus A330) will be based in the new airport from tomorrow onwards.

The airline has been operating out of the Low Cost Carrier Terminal (LCCT) at Sepang for the past eight years.

Meanwhile, in a separate statement, Malaysia Airports said the transfer of AirAsia flights to klia2 have commenced smoothly with the arrival of two international flights and two domestic flight as of 5.00 pm today.