AirAsia boss Tony Fernandes has renewed his call for Thailand to lower airport charges to stimulate the tourism industry, which stalled earlier this year due to political unrest.

His latest crusade was made in Bangkok late last week when he met ACM Prajin Juntong, who is in charge of economic affairs for the National Council for Peace and Order (NCPO).

The chief executive of Asia's largest no-frills airline group suggested the passenger service charge (PSC), better known as airport tax, and other fees imposed on budget airlines such as parking and landing at Bangkok's Don Mueang airport, should be lowered.

He also urged the NCPO to come up with low-cost carrier (LCC) options, including terminals dedicated to discount airlines, at other major airports handling mostly leisure traffic including Phuket and Chiang Mai airports, to spur traffic.

Mr Fernandes has long campaigned for Thailand to lower airport charges, which he sees as a major impediment to boosting traffic.

Mr Fernandes specifically advocated that Don Mueang's airport charges should be benchmarked with those of Kuala Lumpur International Airport 2 (klia2), which was opened early this year serving LCC flights.

"The airport tax at Don Mueang is double that of Kuala Lumpur International Airport 2, and parking and landing fees are also higher,'' he said. 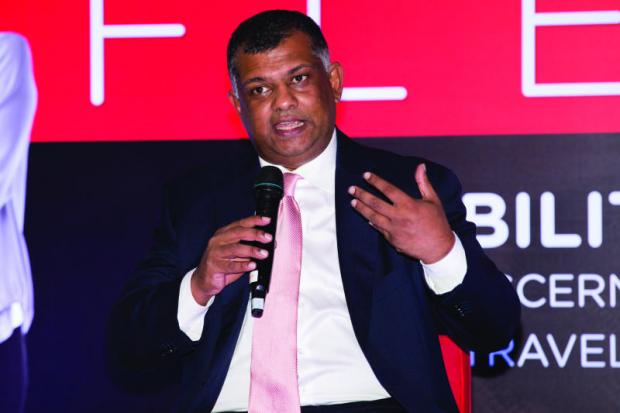 AirAsia boss Tony Fernandes calls for Thailand to be competitive, saying that LCC traffic in Malaysia is growing at much faster pace because of lower charges.

He reasoned that lower overall airport charges will enable budget airlines to lower ticket prices, which in turn will attract more tourists to Thailand.

"LCC traffic in Malaysia is growing at a much faster pace because of lower charges, so Thailand has to be competitive,'' he told Thai journalists on Monday in Kuala Lumpur.

Mr Fernandes said Thailand could emulate or even better Malaysia's success at building passenger traffic by putting in place a regime conducive to attracting LCC traffic.

"Bangkok is a much bigger tourism market than KL which has grown much faster [in arrivals]. The upside is the volume. I think it is worth a try,'' he said.

klia2, built at a cost of 4 billion ringgit, started commercial operations on May 2 and is expected to handle 23-24 million passengers this year, according to Malaysia Airports Holdings Bhd.

The airport has continued to boost LCC traffic for the Malaysian capital by taking over the role of the Low-Cost Carrier Terminal (LCCT), which is situated a distance from the airport but is in the same general area, and pioneered no-frills traffic over a decade ago.

The LCCT processed 22 million passengers last year, though it was designed for only 15 million.

On the other hand, Don Mueang, Bangkok's de facto airport for discount airlines, handled 14 million passengers in the nine months to June this year. The number is expected to reach 19 million by year-end, said the AoT.

Mr Fernandes believes Don Mueang has the potential to become the LCC hub for the whole of Asean, "if you create the right environment''.

But the Malaysia executive declined to divulge how ACM Prajin reacted to his latest call, saying "it's not for me to say".

AirAsia on Monday officiated the launch of "Premium Flex", a new service targeting small and midsized enterprises and young entrepreneurs.

It offers easier terms beyond regular passenger services that are restrictive and/or chargeable. It includes the flexibility for passengers to change their flights up to two times with no change in fee, a complimentary 20-kg baggage allowance and express boarding, offering guests priority check-in.

Mr Fernandes stressed these facilities did not mark a shift in AirAsia's product placement. "This is not a business class product. We are still a low-cost airline."