AirAsia Bhd has clarified that it is in the midst of obtaining approvals from the local authorities for its new office at klia2 and does not face any funding issues, as claimed in a news report. 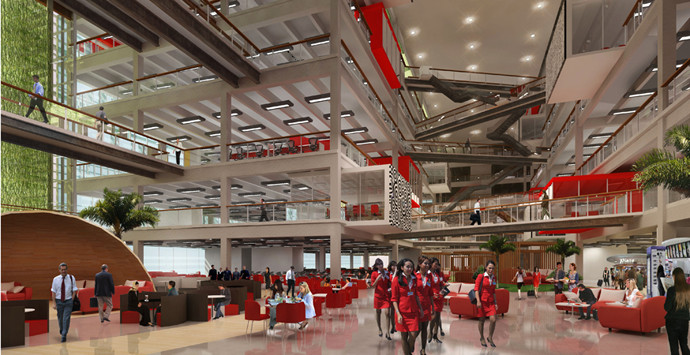 Chief Executive Officer, Aireen Omar, said the company was requested to reduce the height of its new building when the control tower at klia2 was relocated to a new site upon instruction by the authorities.

"As a result of the reduced height, the original site and plan for the new office building became structurally uneconomical," she said.

A local daily today reported that AirAsia might have delayed Malaysia Airports Holdings Bhd's (MAHB) plan to turn the Low-Cost Carrier Terminal (LCCT) in Sepang into a global cargo and logistics hub.

Quoting sources, the local daily said AirAsia wanted its headquarters to remain at the LCCT for at least another year.

"As far as AirAsia is informed, MAHB has told AirAsia that having our office there temporarily poses no disruption to their plans," said Aireen.

She said the new site has to be identified, and plans had to be redrawn and re-submitted for approval which has adjusted the timeline of the new office building significantly for AirAsia.

Construction of the new building was expected to commence in July 2014 for completion late next year, she said.

"We would also like to clarify that no requests have been made to Prime Minister Datuk Seri Najib Tun Razak to permit the AirAsia corporate office to remain in the LCCT, as reported in the article," said Aireen.

The airline, however, has been in communication with MAHB with regards to its corporate office remaining and occupying part of the first floor of LCCT, she said.