The new Kuala Lumpur International Airport 2 (klia2), Malaysia’s first hybrid airport, is set to be the country’s catalyst for growth in the expanding aviation sector.

Prime Minister Datuk Seri Najib Razak, who officially opened the airport yesterday, said klia2, a “megastructure” in its class, would stand as a global benchmark in future terminals of its kind.

The airport is expected to record 25 million travellers passing through its gates between the day it began operations on May 2 and by year-end. 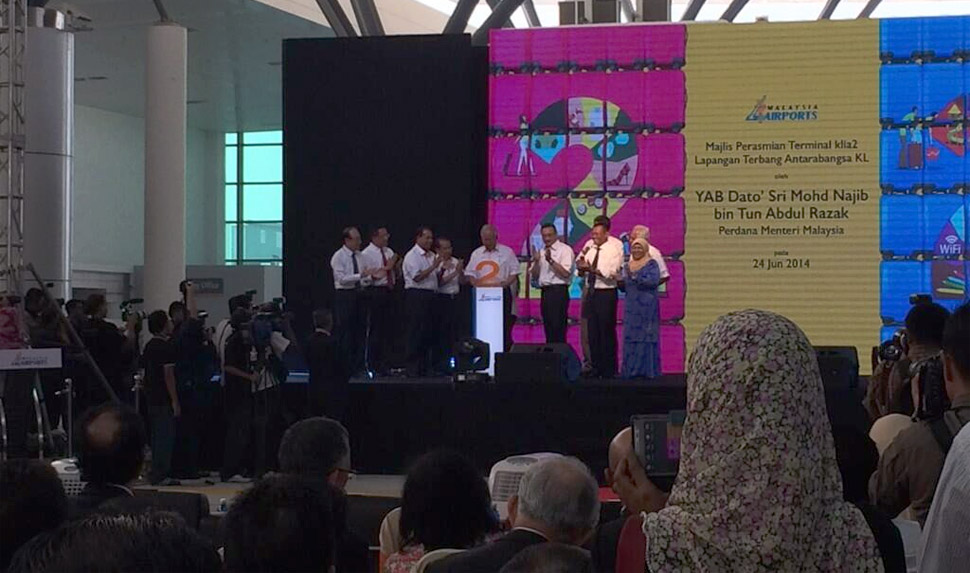 Najib said the low-cost air travel sector in Malaysia had consistently recorded double digit-growth every year over the past decade and that the robust growth was expected to continue, given the strong demand in the sector.

“The low-cost carrier business models have evolved in line with the market’s needs that include hybrid and premium offerings, as well as transfer and transit connectivity,” he said, adding that klia2 played a critical part in realising the country’s potential to become the region’s leading aviation hub.

Najib said klia2 was also Malaysia’s definitive and permanent answer to supporting projected air travel growth for the next 10 to 15 years.

“LCCT was built as a temporary solution. However, it exceeded its capacity of 10 million passengers per annum and was expanded to its furthest possible extent,” he said. Najib added that under the National Airport Master Plan (NAMP), the government had laid out a strategic development road map to provide for the growth in air travel demand across the nation over the next 50 years.

Najib, who is also finance minister, said the aviation industry was one of many focus areas in the 2014 Budget, in which RM1 billion had been allocated.

Of the figure, RM700 million would be spent for the development of a new air traffic management centre at the Kuala Lumpur International Airport (KLIA) to facilitate an increase in air traffic capacity from 68 to 108 movements per hour on the three runways.

Najib said another RM300 million had been allocated for upgrading airports nationwide.

Najib said “it will enable us to continue enhancing the level of comfort and convenience for all travellers”, adding that the country’s aviation and tourism industries shared a symbiotic relationship.

Last year, the arrival of more than 25 million tourists through the airport gates resulted in RM65 billion in tourism revenue .

The prime minister said he was optimistic that this year’s “Visit Malaysia Year” and “Year of Festivals” campaigns would draw more tourists.

“The readiness of klia2 as another international gateways to the nation will be vital in supporting these campaigns.”

Najib expressed pride in Malaysia’s ability to keep up with developments in the aviation industry.

“The industry is competitive. However, the national civil aviation sector has recorded astounding achievements in terms of passenger movements each year.

“In catering to an increasing passenger and cargo demand, Malaysia’s economy will flourish through global trade and see an expansion of our export market and tourism industry,” said Najib, adding he believed that a world-class aviation infrastructure would be a catalyst for national development as it had a multiplier effect on the economy. 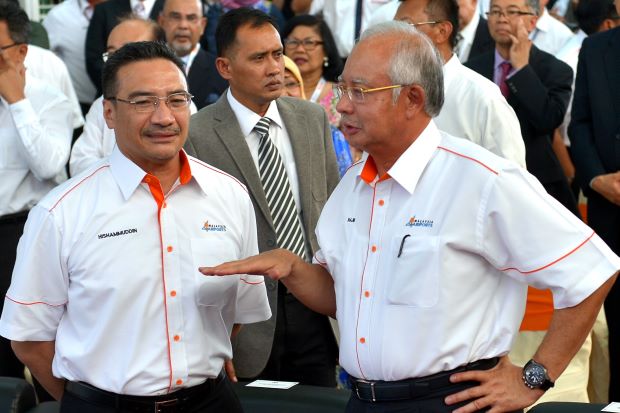 Against the backdrop of Malaysia Airlines flight MH370’s disappearance, Najib expressed his condolences to the families of those aboard the Boeing 777 jetliner.

Najib congratulated MAHB for the success of its five-tranche Senior Sukuk Programme, which partly funded the development of klia2.

“As a privately-funded project, klia2 has become the largest contributor to a privatised stimulus package announced by the government in 2009.”

Najib launched Gateway@klia2, a connecting mall located between the drop-off point and the main terminal at klia2.

He officially opened the KLIA Ekspres and KLIA Transit service to klia2 and the Sama-sama Express Terminal Airside Transit Hotel at the international departure area.

Hishammuddin, who touched on the slight delay of klia2’s completion, said the setting up of a special klia2 task force by the Transport Ministry was instrumental in preventing further hiccups.

“The objective of the task force was to monitor the progress of klia2’s construction and ensure it met the May 2 deadline. It also addressed all issues related to the project and looked into the need for an independent auditor to investigate problems that caused the delays.”