Kenanga Research is upbeat on Malaysia Airports Holdings Bhd‘s (MAHB) long-term outlook, and expects a stronger rebound in financial year 2014 earnings, via the future contribution of retail and rental income from klia2. 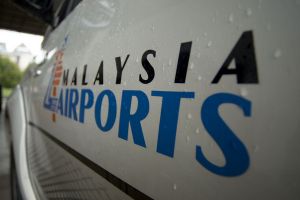 In a note today, the research house said MAHB is its second quarter top pick for the aviation industry, on the back of diversified earnings arising from klia2’s new contribution and better airport traffic from increasing competition between low-cost carriers.

“Hence, we maintain an ‘outperform’ rating on this stock with a higher target price of RM7.19 from RM6.12,” it added.

In a separate note, RHB Research said MAHB’s first quarter earnings came in slightly above estimates, due to the lower than expected user fee reflected in its income statement.

“Despite higher staff costs, margins remained solid, lifted by an upward revision in parking and landing fees,” it said.

In addition, RHB said while management reaffirmed that klia2 would be open on its target date of June 28, it is maintaining a “buy” call with the fair value unchanged at RM7.23.

However, it said should the six-month delay materialise, its fair value would be trimmed to RM6.50.

However, RHB advises investors to accumulate on weakness.

In the meantime, Alliance Research said its believes that the delay of klia2 is inevitable.

“We have assumed a six-month delay of klia2 and expect the terminal to commence operations only in January next year,” it added.

As such, Alliance said it expects the delay to result in lower aeronautical income and rental revenue for MAHB.

“On a positive note, the reduced revenue will be offset by the lower depreciation and operating expenses of klia2.

“While, we are positive on the long-term fundamentals of MAHB,we believe that these have largely been priced in, given its rich valuation,” it added.

The research house said huge capex in the near term and a long-term gestation period for klia2 to yield positively to the group’s free cash flow may limit its ability to pay higher dividend in the short term.

“Therefore, we reiterate our ‘neutral’ call for this company with a revised target price of RM5.90 from RM6,” it added.