Malaysia Airports Holdings Bhd (MAHB) is worried that the opening date of the multi-billion ringgit klia2 could be further delayed if the main contractors fail to meet their January deadline, the Business Times reported today. 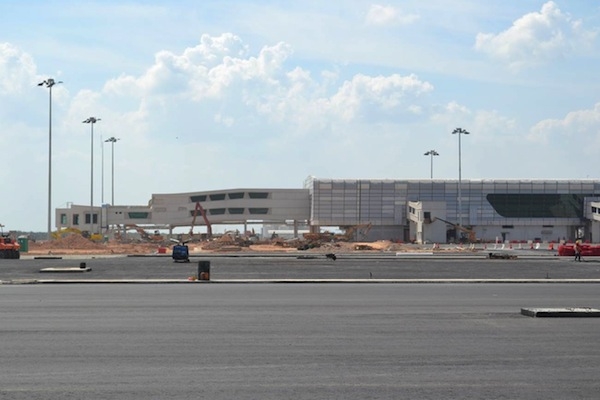 Without the contractors’ handover of the main terminal by January 31, MAHB will not be able to carry out the required rehearsals for operations of the new budget terminal – touted to be the world’s largest – before opening its doors to the public in May 2 next year, the business newspaper reported.

“The targeted launch of the airport, which is 95 per cent completed, is dependent on its contractors’ ability to meet the deadline in handing over the terminal with the Certificate of Completion and Compliance (CCC) by January 31,” MAHB senior general manager of construction, Mohd Zaifuddin Idris was quoted saying.

If the contractors miss the January deadline, the planned three-month rehearsal for klia2 or the Operational Readiness and Airport Transfer (ORAT) scheduled to end in April could be delayed, forcing a further postponement of the May 2 opening date.

“Our worry is that upon inspection by the Fire and Rescue Department, the contractors could not hand over the airport to us on time.

“If the handover is delayed, then there is a possibility that the opening date of klia2 will be revised,” Mohd Zaifuddin added.

According to Business Times, a typical ORAT takes up to 12 months, although airports with smaller terminals have done it within six months.

But Zaifuddin explained that MAHB should be able to complete klia2’s operations testing in just three months, as it was merely extending the systems in the existing KLIA.

klia2, the country’s first hybrid airport built to accommodate 45 million passengers annually, was initially set to open in September 2011, but the date has been delayed five times.

Its initial budget of RM1.6 billion has since ballooned to RM4 billion.