The Economic Transformation Programme (ETP) has helped improve and provide impetus for the country’s economy, according to economists.

More importantly, they are encouraged by the progress of the ETP and optimistic of a better year for the programme, driven by large infrastructure projects. 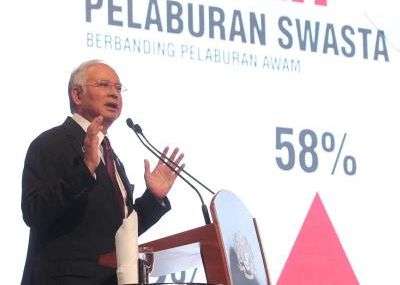 And while there continues to be investment from the Government, there is also investment coming from the private sector, including foreign investors, they said.

“The Malaysian economy was able to withstand the global headwinds over the past two years thanks to the implementation of the ETP, SRI and GTP.

Therefore, we expect the Malaysian economy to remain well supported by domestic demand especially in terms of gross fixed capital formation to record another year of above 5% growth (2013 estimate: 5.3%), as ETP infrastructure projects and investments move into high gear” explained Suhaimi.

RAM Holdings Bhd chief economist Dr Yeah Kim Leng said the achievements under the ETP since its roll-out in 2010 have been “quite impressive”.

Other closely watched measures such as the country’s global competitiveness and ease of doing business also rose in global standing.

“We are especially encouraged by the strong pick-up in private investment last year a crucial factor for the economy to achieve a sustained high-growth trajectory over the medium term,” Yeah opined.

MIDF Investment Bank Bhd chief economist Anthony Dass believes that the ETP would be able to maintain the momentum, going forward, provided complacency does not creep in following the current success.

“In short, the sustainability of the current momentum is vital, and if possible, be raised to new levels to expedite the achievement targets.

“At the same time, we believe the synchronisation and integration of the GTP with the ETP and SRI remains crucial to avoid the risks of policy frictions, conflicting signals and uncertainty on the commitments,” Dass said.

Maybank’s Suhaimi feels that the ETP should “gather momentum from 2013 onwards” despite the seemingly slow pace of realised ETP investment in 2011-2012.

Based on current projections and barring unforeseen circumstances, this gives Malaysia the potential to achieve a GNI per capita of US$15,000 earlier than the 2020 target.

Private investments surpassed its 2012 target by 9.1% to reach RM139.5bil, driven by high capital expenditure in the manufacturing, services and mining sectors.

Under the Greater Kuala Lumpur/Klang Valley NKEA, the notable milestones are the substantial progress under the KVMRT project and InvestKL surpassing their targets for the year.

Malaysian Rating Corp Bhd (MARC) chief economist Nor Zahidi Alias expects the GDP growth for 2013 will come in around the same level as in 2012, with considerable assistance from the projects being implemented under the ETP.

He said as in 2012 it did not expect external demand to show much strength and domestic demand will provide most of the heavy lifting for 2013.

“Beyond the public investment involved, one of the key points about the ETP has been its role in communicating the potentialities of the Malaysian economy to private investors, both locally and abroad.

That boost of confidence should not be underestimated, as demonstrated by the surprising strength of private investment in 2012, which we expect to see continued this year,” he said.

A number of important projects highlight the impact of the ETP. They include: * The divestment of 4 GLCs in 2012 * MRT projects to spur growth * River of Life to ease environmental concerns * The Private Retirement Scheme * klia2 developments to include new shopping hub * Gumusut-Kakap oil field to reach maximum production * Malaysian Petroleum Resources Corp to transform oil and gas sector

Four out of the 33 government-linked companies (GLCs) earmarked for divestment under the Economic Transformation Programme saw corporate exercises last year, bringing the number of divestments by the Government so far to 15.

Under the Strategic Reform Initiative (SRI) to reduce the Government’s role in business, 33 firms owned by six government-linked investment companies (GLICs) were identified in 2011 as ready for divestment, either through a listing, stake pare-down or outright sale.

Of the proposed 33 companies, seven are to be floated on the stock exchange, five will see the Government paring down its stake and 21 will be sold.

According to the Performance Management and Delivery Unit’s (Pemandu) annual report, the Government had targeted to divest its stakes in 24 companies between 2011 and last year. Eleven such exercises were carried out in 2011 and four in 2012, translating into a success rate of 63%.

The Employees Provident Fund trimmed its interest in RHB Cap to 40.7% via the latter’s RM1.95bil merger with OSK Investment Bank Bhd, which created the country’s largest stockbroker and investment bank by assets.

FGVH’s initial public offering (IPO) in June was the world’s third largest in 2012 and also Malaysia’s third biggest with a market capitalisation of RM16.6bil. The listing saw the agri-business giant integrating its upstream and downstream operations in logistics, fertilisers and palm oil.

In September, Lembaga Tabung Angkatan Tentera completed the sale of its 97% holding in ceramic tile-maker Johan Ceramics to Boustead Holdings Bhd, in which the Armed Forces board owns 61.8%. 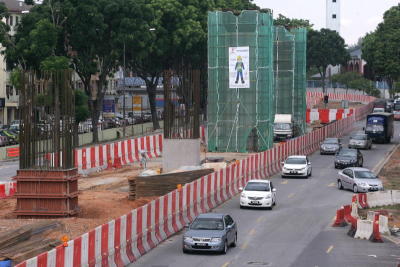 Many benefits are expected to arise from the Klang Valley mass rapid transit (MRT) project.

More than 130,000 jobs are expected to open up during the construction period, with the completed tracks generating between RM3bil and RM4bil in gross national income (GNI) per annum.

The first phase, the Sungai Buloh-Kajang line, will connect Sungai Buloh to the city centre.

The greater connectivity provided by the new lines is expected to raise property values by an estimated RM300mil in gross development value. 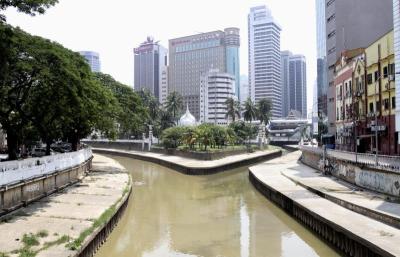 Associated activities related to construction are also expected to multiply by 2.5 times to 3.5 times the income amount generated, which means an additional RM8bil to RM12bil per annum.

The River of Life (RoL) project is a three-part project of cleaning, master planning and beautification, and land development that aims to transform specific areas within Kuala Lumpur facing the Klang River.

A 110km stretch of the river covering the municipalities under the jurisdiction of Majlis Perbandaran Selayang, Majlis Perbandaran, Ampang Jaya and Dewan Bandaraya Kuala Lumpur will be cleaned to make suitable for recreation its current standard of Class III to Class V by 2020.

The beautification plan will affect landmarks in the area including Dataran Merdeka, Bangunan Sultan Abdul Samad and Masjid Jamek in the city centre.

As part of the redevelopment programme, government land will be tendered out to private investors. 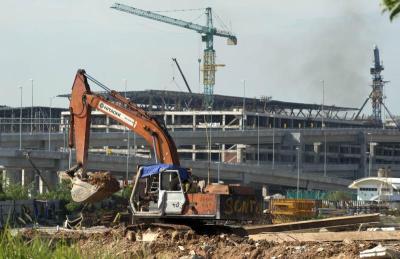 PRS is an alternative voluntary retirement savings plan for working Malaysians. It also serves as an avenue for people who are not eligible to be a member of the EPF, such as someone who is self-employed, to plan for their retirement saving.

To fully capitalise on KLIA’s retail potential, a shopping hub will be created alongside the new klia2 low-cost terminal.

The key components of the retail hub would be driven by Malaysia Airports Holdings Bhd‘s (MAHB) overall Aeropolis masterplan, which includes retail in klia2, a premium landside mall as well as factory outlets.

The construction of klia2, which includes retail area space, is on track to be completed by May as planned.

The Gumusut-Kakap field, which recorded its first oil production in Nov 2012, is expected to reach a maximum of 25,000 barrels per day (bpd) after ramping up two wells.

As one of the entry point projects under the Oil & Gas National Key Economic Area, the production is an achievement after a 14-month planning and execution process.

The oil production was linked via an interim crude evacuation system to a floating production, storage and offloading unit at the existing Kikeh field, Sabah.

In positioning Malaysia as the leading oil and gas (O&G) hub in the Asia-Pacific region by 2017, Malaysia Petroleum Resources Corp (MPRC) was formed to promote, catalyse and transform the sector.

One noteworthy public-private partnership, is the one between the Johor State Government, Holland’s Royal Vopak and Dialog Group, to build an independent deepwater oil storage terminal in Pengerang, Johor.

Besides oil storage, there are other O&G-related industries such as oil refineries, petrochemical and liquefied natural gas terminals under the Pengerang Integrated Petroleum Complex (PIPC) in Pengerang.

While the ETP has strong support from the government as well as commitment to data transparency, there is room for further improvement in the next stage of the ETP implementation, said the International Performance Review (IPR) panel.

“We note that the overall key performance indicators (KPIs) achievement indicates that the momentum of the programme has been sustained since its inception in 2010, as reflected in the strong investment pick up during 2012.

As always, there are areas for further progress, during the next stage under the ETP,” it said.

It said the ETP culture needs to be embedded into the civil service so that responsibility can be progressively transferred from Pemandu, hence helping ensure that achievements and processes are made sustainable.