FIVE target opening dates and none could be kept.

The question is – is it really necessary to put a new date when the likelihood of it not being kept is high for now? 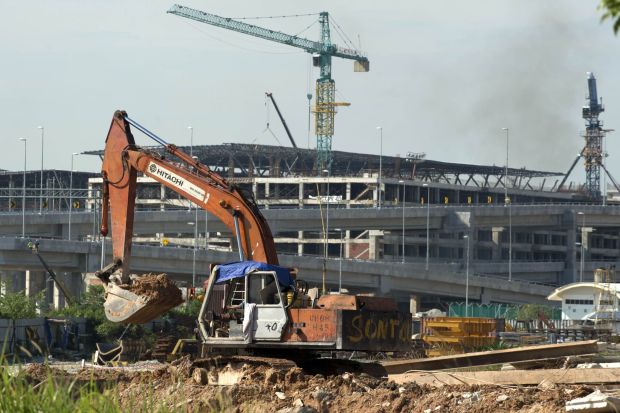 That is the story of klia2, planned for completion in September 2011, but till today, there is no certainty when it will be able to open its doors to the travelling public.

But then again is it really essential to be on time as opposed to glitch-free operations?

Malaysia already has a low cost air terminal near KLIA, though bursting through its seams, and AirAsia boss Tan Sri Tony Fernandes likens it to a “horse stable,” but it is functional and flights take off on time.

Whether or not klia2 will be delayed does not affect the travellers because they are still used to the current system, though, the new terminal will have better facilities and amenities, aerobridges, dedicated links via ERL to the city and the main terminal building at KLIA for better transit travel. The point is the low cost carrier terminal (LCCT) is still good for point-to-point travel.

For an airline, delays are not good as it affects its planning and if it is taking delivery of new aircraft it will potentially face issues as to where to park the planes. The klia2 is supposed to be Asia? biggest low cost air terminal and it does help boost market demand.

But the delay is more detrimental to those outlet guys who want to set up shop at klia2. It is loss of opportunity to do business, be it those in the retail, food and beverage and hotel industry. They would have prepared to begin selling at the airport and would have taken bank loans and the delays would mean that they would have to service loans without income.

Logically speaking a delay in opening klia2 is also a loss of opportunity even for Malaysia Airports Holdings Bhd (MAHB), the operator and project manager of klia2.

So, in any big development, is it crucial to keep to schedules. Just like the mass rapid transit (MRT), every one is counting on it to be ready on time and there will be big penalties for the contractors if they do not deliver on time.

In the case of klia2, works begun in 2010 to cater for 25 million passengers at a cost of RM2bil. But along the way the scope was changed, the size doubled to segregate the arrivals from departures, built nine instead of two storeys, install a automated baggage system instead of semi auto, create more retail space and do a lot more things than originally planned.

So the big changes caused a big delay as the job scope swelled from 37 packages to 51 and the cost doubled to RM4bil. The end result is a very modern LCC that is a class above the rest to cater for 45 million passengers.

It is easy to point the finger at one party for the delay, but given the magnitude of the project, the delay is caused by many factors and many players.

klia2 is not the only airport whose opening has been delayed many times. Many global airports have gone through the same path as klia2 but what continues to surprise many is why demands for modifications and changes were still entertained from airlines and related parties till the eleventh hour.

Should there have been a cut-off point and better planning from the onset or was there some arm-twisting involved along the way that is the cause for the delay.

For the contractors, there are big penalty clauses if they delay completion, and given the magnitude of such a project, the parties should have been more careful in picking the contractors in the first place. Cost overuns is to be expected, but the question is how much and who should bear it – the contractors or MAHB, which is going to seek damages for failure of timely delivery.

Essentially MAHB is caught in a quagmire and it has attracted a lot of unwanted criticisms and is blamed for the delays. The net effect – share price drops because of the delays.

But one thing is for sure, the terminal will open and when it does, MAHB? share price will retreat, but the embarrassment especially for a high impact national job of this magnitude to be delayed five times is too hard to stomach.

All those involved are to be blamed because there was obviously differences in agenda of the parties involved. It? time to put their differences aside and get the job done and stop the blame game.

Because the loss of opportunity for klia2 is far greater than that to an airline, airport operator or even a retail outlet, as other LCCTs in the region are trying to position themselves as the LCCT hub of the region.

Deputy news editor B.K. Sidhu hopes MAHB will make it manadatory for usage of aerobridges at all gates at klia2.