Bina Puri Holdings Bhd’s portion in the Kuala Lumpur International Airport 2 (klia2) construction project is 93% completed and it believes it could finish the job in the fourth quarter this year. 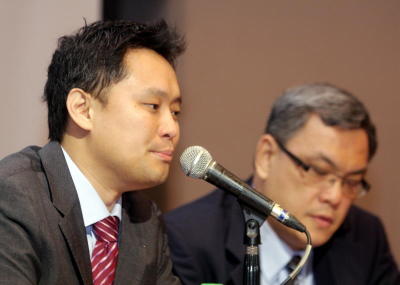 The construction group targets to complete its works in September or October, and has applied for a time extension despite Malaysia Airports Holdings Bhd (MAHB) recently saying it would take to task the klia2 contractors responsible for the delayed completion.

“The building works, our physical progress, is almost done,” executive director Matthew Tee said. “It is now to tidy up and do the interior designing.”

The construction company reiterated that it was confident it had grounds to appeal to MAHB for more time and need not pay liquidated and ascertained damages (LAD) for further time extension.

At a fund managers’ briefing, Tee explained that the delay in the klia2 project was largely due to changes in the original plans, thus constructors had to wait for decisions to be finalised.

Tee said it was possible for companies to extend repeatedly as long as there were valid reasons, but Bina Puri would not choose to delay its projects.

“We’d prefer to finish and move on, rather than tying up our resources and manpower there.”

Bina Puri’s job is to construct a main terminal, a satellite terminal and the piers at klia2, in a joint venture with UEM Construction Sdn Bhd of UEM Group. Its portion of the project, which is 40%, is worth RM400mil of the total RM997.2mil contract which started in August 2010.

To recap, the klia2 project has been delayed twice, first targeted to complete in April 2012 and then pushed forward to June this year.

On another note, the group will be launching property projects of gross development value (GDV) up to RM2.49bil worth. They are mainly residential projects in the Klang Valley and Sabah.

Among the first of which is RIVO City in Brickfields, under a public-private partnership with Syarikat Prasarana Negara Bhd.

Work for the mixed development consisting of four high-rise towers on 4.61 acres of leasehold land will commence in 2014. The RM1.29mil GDV project will have 1,660 units of small office versatile office, 22 floors of serviced suites, a sky bridge and a three-storey commercial podium where the proposed new monorail station will be.

“We are finalising the financing method for the development as the concept of this project is unique. Prasarana (the landowner) does not allow us to charge the land,” Tee said.

Bina Puri will price the development at RM700-RM900 per sq ft. It plans to add an access route to the vicinity from the Federal Highway as another selling point.

Separately, on the group’s developments, Tee said the group was “consciously putting effort into diversifying” to grow and improve its net profit margin. Its margin for the first nine months in 2012 stood at 1%, paling in comparison with most local construction groups’ average of about 10%.

“A lot of the times, we are the main sub-contractor, so we don’t enjoy the same margins as main contractors. Also, unlike our peers, we don’t have a lot of big divisions,” Tee said, adding that construction companies need competitive margins.

“Going forward, we don’t want to be too reliant on the construction business as our revenue from it and related businesses come up to over 90%.”

Construction, a capital-heavy business, makes up 85% of its revenue stream, while quarry and readymix concrete contributed 7%.

In an earlier report, Tee said he hoped the group’s revenue breakdown would be 40% from construction, 40% property, and the remainder to come from its recurring income.

The group’s ongoing projects are worth RM3.93bil and its construction order book stands at RM1.67bil. It’s paid-up capital stands at RM124mil and gearing ratio at 3.27 times.

Meanwhile, an MAHB official maintained that LAD would still be imposed on contractors who had breached their contractual obligations.