The Finance Ministry has extended Tan Sri Bashir Ahmad’s contract as Malaysia Airports Holdings Bhd‘s (MAHB) managing director for another year, as the airport operator battles a fresh round of issues surrounding the development of klia2.

The delay in the completion of klia2 and the potential cost overuns to be incurred has been a mainstay in the local press, ever since the group announced that it would have to push the opening date of the terminal exactly a month ago. Prime Minister Datuk Seri Najib Abdul Razak was to have officiated the new terminal on June 28, 2013.

This is also the second time Bashir has been made to back-track from his plans to relinquish his post. In 2012, he was given a contract extension despite publicly stating his intentions to step down.

The extension came at a time when MAHB had to admit to additional costs on the construction of klia2, bringing it up to RM3.9 billion from an initial projection of RM2 billion due to additions to the initial design of the terminal.

This time around though Bashir looks to have agreed to stay on with at least a commitment by the board to have a succession plan in place by the time his contract is due again.

"Bashir, who had earlier at the MAHB AGM in March stated that he would like to make way for a successor, has agreed to stay on to continue to support the board. The MAHB board in due course will put in place a succession plan to ensure a smooth transition for this important post," it said.

The board said it wanted Bashir to continue to guide the company through "the current challenges in the aviation industry".

Bashir was appointed as managing director on June 7, 2003. 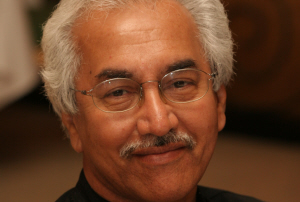 In a statement by the company yesterday, it said Bashir had earlier agreed, at MAHB’s AGM in March, to stay on to continue to support the board.

“The MAHB board in due course will put in place a succession plan to ensure a smooth transition for this important post,” it said in the statement.

Meanwhile, MAHB had earlier confirmed the delay in the opening of klia2 after taking into account several key quality and safety issues.

The new low-cost air terminal was scheduled to be opened on June 28.

MAHB CFO Faizal Mansor told Bernama that the company did not want to rush the klia2 contractors, which could jeopardise the quality and safety of the airport.

“We want to ensure things are done right to avoid any glitches on the opening day,” a newswire quoted Faizal as saying.

Faizal, however, declined to reveal any timeline as to when the klia2 would be launched, or the duration of the delay.

The report quoted RHB Research Institute Sdn Bhd analyst Ahmad Maghfur Usman as saying that the delay can go on for as long as six months, with the airport at present just under 90% complete.

“Even if the new terminal can be completed by September after a two-month delay, MAHB would still need to carry out operational trial runs that may require at least four months,” the report quoted Ahmad Maghfur as saying.

Despite the delay in the klia2’s opening, Ahmad Maghfur said it is unlikely that MAHB will experience cost overruns, since it is not due to variations in the terminal’s design, while contractual terms are fixed