AirAsia X Sdn Bhd is looking forward to moving its operations to the new klia2 airport terminal, scheduled for opening on June 28. 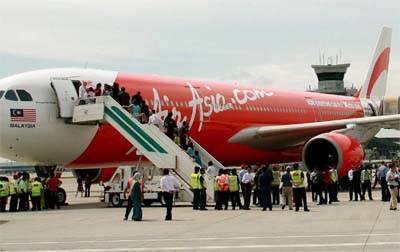 Big plan: The addition of seven new A330-300s this year will increase the low-cost carrier’s flight frequencies and facilitate expansion

“We really hope it (Malaysia Airports Holdings Bhd) can honour and commit towards that date. klia2 will unlock the under-developed connecting market, as we are limited by space constraints at the moment,” said AirAsia X chief executive officer Azran Osman Rani at a luncheon talk organised by MIDF Research here yesterday.

The passenger terminal of klia2, the country’s new low-cost carrier terminal, will have a gross floor area of 257,000 sq m, a 71% increase from the existing 150,000 sq m, and will be able to accommodate up to 45 million passengers a year.

Azran, however, declined to reveal details of its proposed initial public offering said to be scheduled for June. 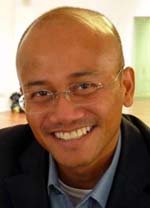 Azran: ‘I think AirAsia X is a good opportunity for the public to invest in.’

“I can’t say much at the moment, as it is still in the process of application with the Securities Commission. Only until the whole process is completed can we have a fair idea of the timelines. I can’t give any definitive answers until the final approvals have been granted,” he said.

The big thing for AirAsia X, he added, would be the addition of seven new A330-300 this year to increase long-haul flight frequencies and facilitate expansion plans.

“Besides that, we are also focusing on expanding our international hubs beyond Kuala Lumpur.

“This will give us a whole new leg of growth, and these developments will keep us busy this year,” he said.

He said the airline would take delivery of seven more aircraft in 2014 to more than double its capacity.

“If you compare AirAsia X and AirAsia Bhd, we are at a stage of development and growth similar to what AirAsia had experienced when it was first listed several years ago.

“If you missed out on investing in AirAsia from 2004 to 2005, then I think AirAsia X is a good opportunity for the public to invest in.

“However, that being said, this will only be possible after we get the approval from the regulators,” he stressed.

Azran said the market opportunity and growth rate for the company were far in excess of what AirAsia had currently.

“AirAsia is mature and at the stage of paying dividends. It is also a different investment profile compared with AirAsia X, which has a much higher growth upside,” he pointed out.