VITALLY IMPORTANT: The success of klia2 is not about pitting one man’s ego against another but getting it done on time and on budget

All stakeholders, including AirAsia and MAHB, should sit down together to prepare for the opening of klia2 as scheduled in April 2013. 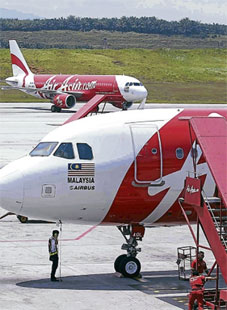 Work together to complete klia2

ARDENT critics of the development of the new Kuala Lumpur International Airport terminal (dubbed klia2) seem to miss a couple of pertinent points.

To be a vibrant regional air hub and to rein in competition from emerging rivals, the new terminal is needed to help KLIA cope with the anticipated increase in demand by Malaysians and foreigners flying into or transiting in the airport. This is not to mention the air cargo business.

Changi and Suvarnabhumi are already well ahead of us as top regional hubs in Southeast Asia. Changi is even planning to expand further. We are also seeing rapid air travel growth and a flurry of airport development in countries such as China, India, Indonesia and Vietnam.

We cannot afford to lag behind in the development and investments of airports or ports, or else we will face severe supply constraints or bottlenecks if demand suddenly spikes.

As we learn from our southern neighbour, such infrastructure is vitally important in sustaining the economic lifeline of the country. More than 28,000 people work at the Changi airport, which accounts for more than S$4.5 billion (RM11.22 billion) in output.

And it doesn’t help at all if one of our own carriers openly bickers with the airport operator, Malaysian Airports Holdings Bhd (MAHB), over the development of klia2, when the focus now should be on working together to get the project done on time and on budget. This is a strategically important project for the nation. It is not about pitting one man’s (or woman’s) ego against another.

All stakeholders, including AirAsia and MAHB, should instead sit down together to prepare for the opening of klia2 as scheduled in April 2013.

In fact, klia2 will be far bigger than the existing KLIA. It will have a capacity to handle 45 million passengers a year, bringing the total capacity to 70 million if you add the current 25 million capacity at KLIA.

Yet the development cost of klia2, at RM3.9 billion, is quite reasonable, considering the additional works associated with the building of the terminal and the sheer size of the complex. The costs involved in airport development and operations in Malaysia are, by international standards, relatively low, much to the envy of other countries.

AirAsia chief Tan Sri Tony Fernandes‘ unrelenting attacks on the klia2 project came as little surprise. His latest salvo (via his July 4 blog posting) was his comment on "market talk" that the bill for klia2 could escalate to as high as RM5 billion.

"Now there’s talk that the bill could go as high as RM5 billion. That makes no sense — the low-cost terminal will now cost much more than KLIA. Yes, I asked for a new terminal but one that has simple facilities. Did it have to cost 20 times our present LCCT?" he wrote.

He added: "Those who attack me for questioning MAHB say I’m arrogant. But this isn’t attitude, it’s about not settling for second place and challenging things that are not right. Corporate Malaysia has to tell our leaders what’s wrong."

DAP member of parliament Tony Pua was quick to jump on the issue, arguing that the so-called RM5 billion was nearly 200 per cent above the original budget of RM1.7 billion.

Both of them, however, seem to have got it wrong. The cost has remained within the RM3.9 billion budget and as of yesterday, it was still on time, according to sources familiar with the project.

Cost variations are not unusual for projects of this size. What is important is that they are properly managed and fully accounted for.

Taxpayers do demand that their money is well spent and that the government is prudent. However, there are enough checks and balances. But the people would appreciate it if the MAHB or the Transport Ministry was more transparent in sharing the information about new and ongoing projects and engage with all the relevant stakeholders.

However, one thing is clear. Those speaking against such projects should have checked and double-checked their facts and figures and be held responsible for spreading untruths or half-truths.

As a footnote, had Tun Dr Mahathir Mohamad listened to the opposition, we would not have the KLIA or the North-South Expressway or even the Penang Bridge. We would be using the crowded Subang airport until today.