“I will now be writing formally to the minister to seek an appointment to receive clarification from him over the issue,” Pua said in a statement. 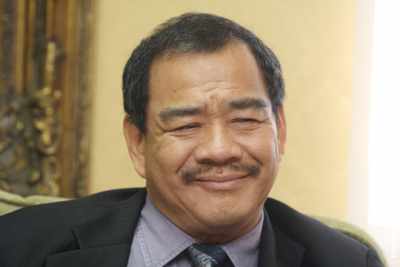 Kong has said his ministry was not involved in the decision to shift sites.

“As the minister in charge of airports in the country, and with the ministry’s secretary-general Datuk Long See Wool sitting on the board of Malaysia Airports Holdings Bhd (MAHB), the minister cannot disclaim responsibility over the fiasco which involved taxpayers’ monies.”

He added that he was confident Kong would have “nothing to hide” and would welcome the meeting as an opportunity to clarify the cost increase.

Pua has blamed the jump in construction costs to RM3.9 billion from RM2 billion on the decision to move the new low-cost carrier terminal from its original site in KLIA North to KLIA West, as significant earthworks had to be carried out at the new location.

Kong, however, washed his hands of the matter last month, saying his ministry was not involved in the decision to shift sites as it had been made by MAHB alone.

The Petaling Jaya Utara MP pointed out that despite the denial, MAHB said last month it will raise approximately RM598 million from a proposed share placement exercise.

“The action by MAHB to raise additional funds from the market proves that public financial interest has been compromised as a result of the RM2.2 billion increase in cost of klia2.

“Existing major shareholders of MAHB which act indirectly as trustees to government and public funds are forced to dilute their shareholding by 10 per cent as a result of the exercise,” he said, adding MAHB had also raised a debt of RM3.1 billion in 2010.