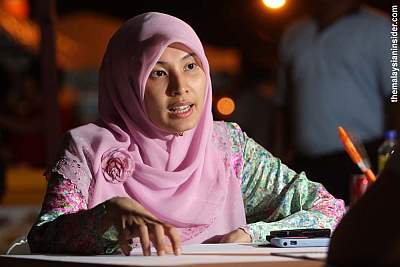 The Lembah Pantai MP said the Transport Ministry and Department of Civil Aviation should provide answers in an independent audit as a similar system is being used at the klia2, the new low-cost terminal in the Kuala Lumpur International Airport in Sepang.

“If the system failure is not clarified in an independent audit, there will be suspicions that millions of ringgit being used for a similar system in klia2 will face the same fate,” Nurul Izzah told reporters outside the Subang airport here.

In the September 12 incident, the air traffic control system at the Sultan Abdul Aziz Shah Airport failed for nearly two hours from 2.30am to 4.20am when there was “total failure in the system with no radar, no radio frequencies”, said the PKR vice-president.

Nurul Izzah said PKR had earlier requested for an independent audit but the ministry and DCA had dismissed the complaint and did not consider malfunction in the RM125.4 million system as an issue.

In July, Nurul Izzah had called on the Transport Ministry to explain why system flaws in the Malaysian Air Traffic Services Modernization Programme (MATSMP) Improvement Phase 2 (MIP-2) that was upgraded by the Selex Sistemi Integriti (SELEX) Company and Advanced Air Traffic Systems (M) Sdn Bhd (AAT) had not yet been repaired.

The PKR vice president had alleged that ATT was awarded a similar project for klia2 even though another firm, AMP Corporation (M) Sdn Bhd (AMCOP), had been identified by qualified consultants as more suitable for the job.

She also criticised the ministry for not answering her question in the June sitting of Parliament regarding the RM128.4 million cost to upgrade the system and its effectiveness.