The LCCT or klia2, originally estimated to cost RM2 billion, was slated to be ready the end of this year.

However, Bashir (picture) said that most of the major work awarded is already worth RM2 billion.

“Although the tender exercise took longer than expected due to the overwhelming response from tender participants, this has enabled us to obtain very competitive bids.

“A rigorous value engineering exercise was also carried out to optimise the cost of the various packages. Forty packages were identified. To date most of the major works have been awarded to the value of RM2 billion.

“The remaining packages will be awarded in due course,” he during a press conference after the ground breaking ceremony for klia2. 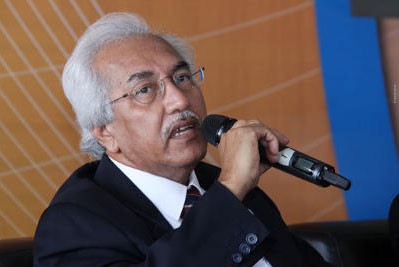 He added that MAHB is working closely with the contractors to ensure that the deadline is met.

Bashir also admitted that the completion of the earthworks for the runway is behind schedule.

“We are working very closely with the contractors to find ways to expediting the work rate.

“We will know the exact figure quite soon. At this point of time, we know it (runway) will be delayed but how much it is delayed we will know very soon,” he said.

However, Bashir refused to commit on how much the delay will cost MAHB.

He also expects the LCCT to be operational within two to three months after the construction is completed.

“As far as the terminal is concerned, it should be by April 2012. The runway will be soon ready after that. It could be operational two to three months after. That is what we are targeting for,” he said.

The LCCT will be able to cater for 30 million passengers per annum (mppa), with potential to expand to 45 mppa and a new runway, four kilometres long, will be built for the LCCT.

klia2 is  located only two kilometres from the main KLIA terminal.

MAHB will also build a multi-modal transportation hub for buses, taxis, and ERL to provide connectivity for not only passengers but also for the public to move from one part of the country to another.

According to the National Airport Masterplan (NAMP), there is room for two additional terminals near the LCCT.

The masterplan was drawn up by Netherlands Airport Consultants BV and KLIA Consultancy Services.