Located nearby are the neighbourhoods of SS2, Kelana Jaya (SS4 and SS5), and Taman Mayang (SS25).

The station is built in a similar design to most of the other above-ground stations on the Kelana Jaya Line. The large roof over the platform level is reminiscent of traditional Malay kampung architectural design. In addition to the main station, there is a side building that connects to the platform level which houses more shops and connects to the pedestrian overhead bridge over the Damansara – Puchong Expressway. As the station is on a major expressway, it is well served by bus connections that take passengers to the areas of PJ Utara, Tropicana, Subang Jaya, and Sunway. 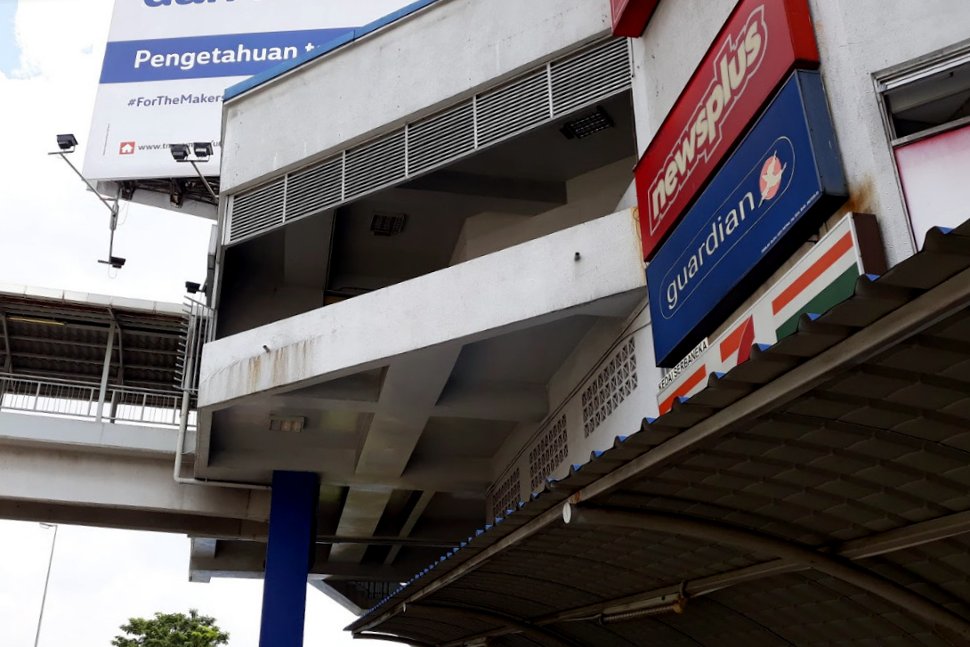 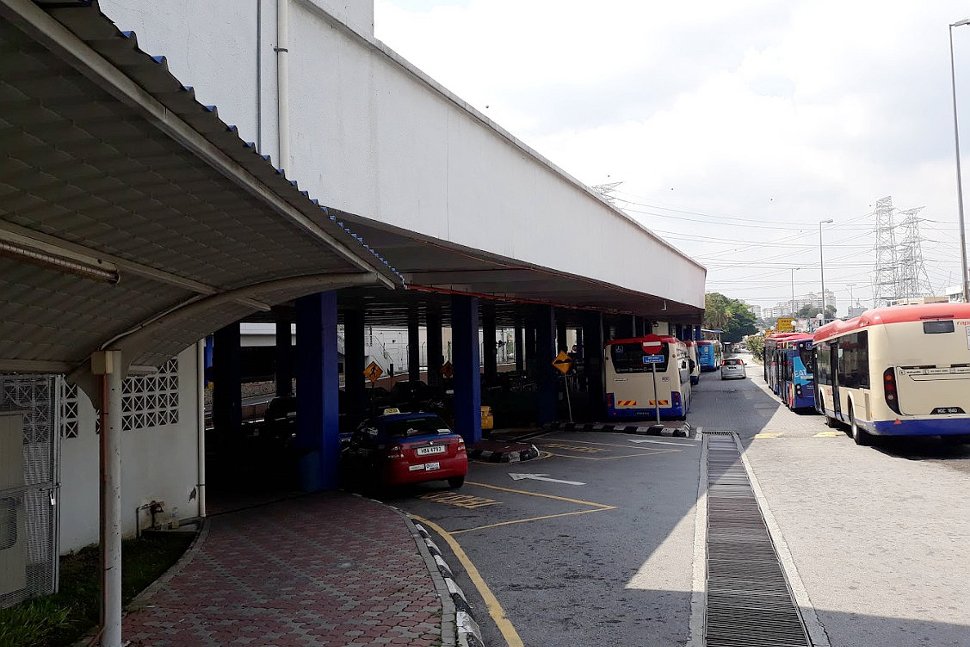 Bus and taxi waiting at the LRT station 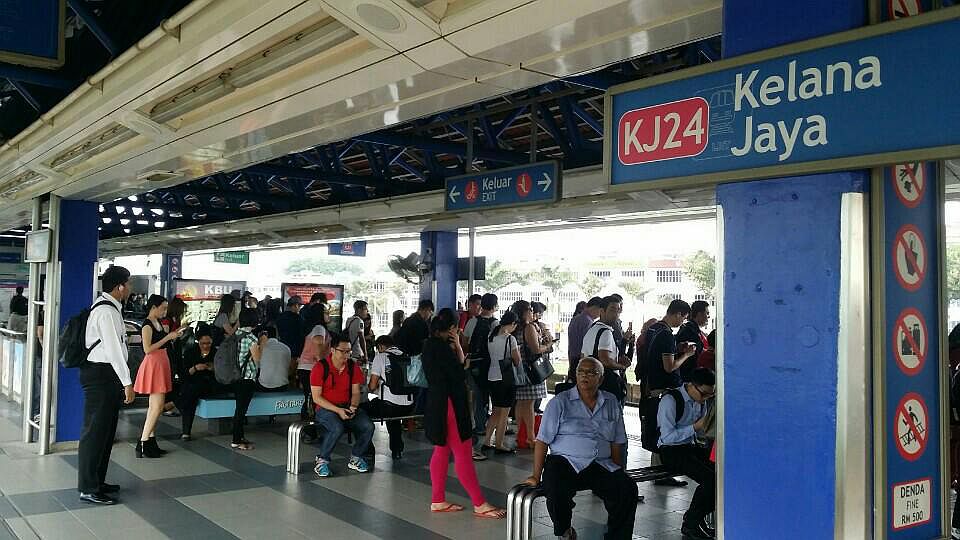 It is also a local taxi hub and there is an overhead crossing for pedestrians to cross the highway. 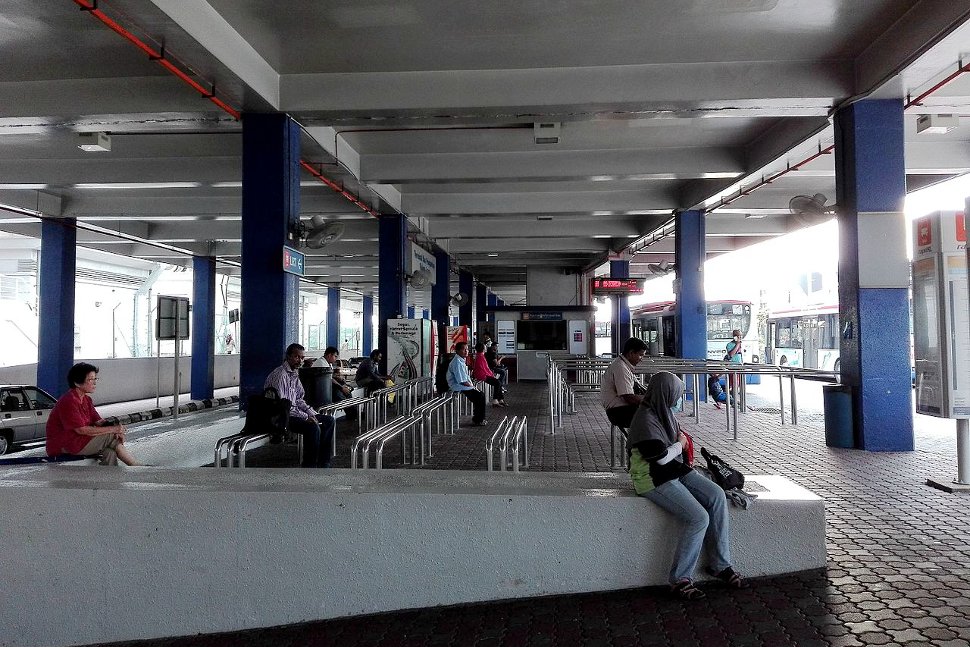 The station is located besides the southbound carriageway on the Damansara – Puchong Expressway (LDP) between exit 1108 and 1109. 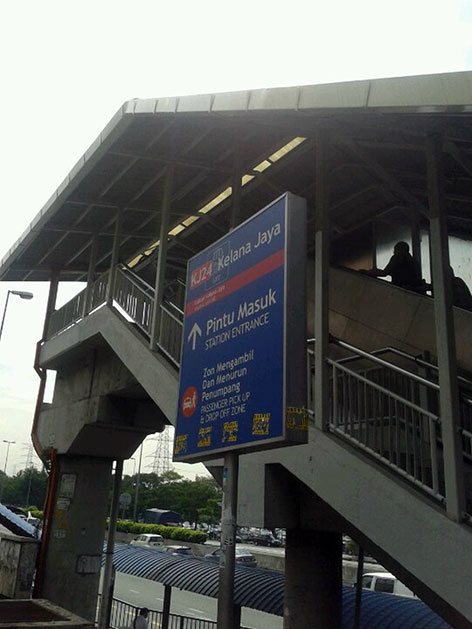 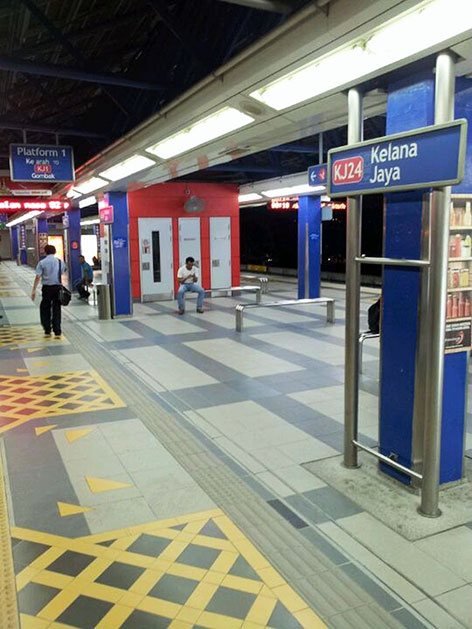 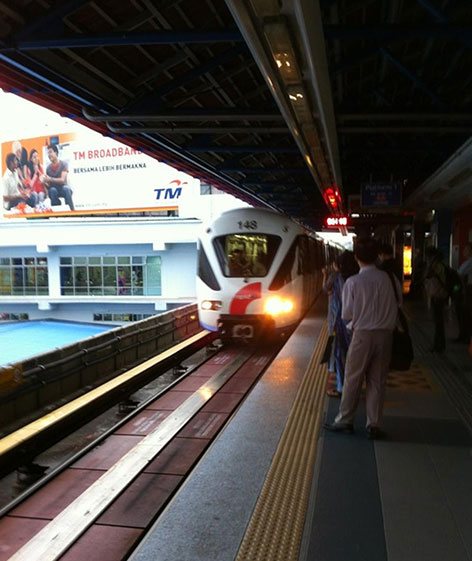 Staircase to the boarding level 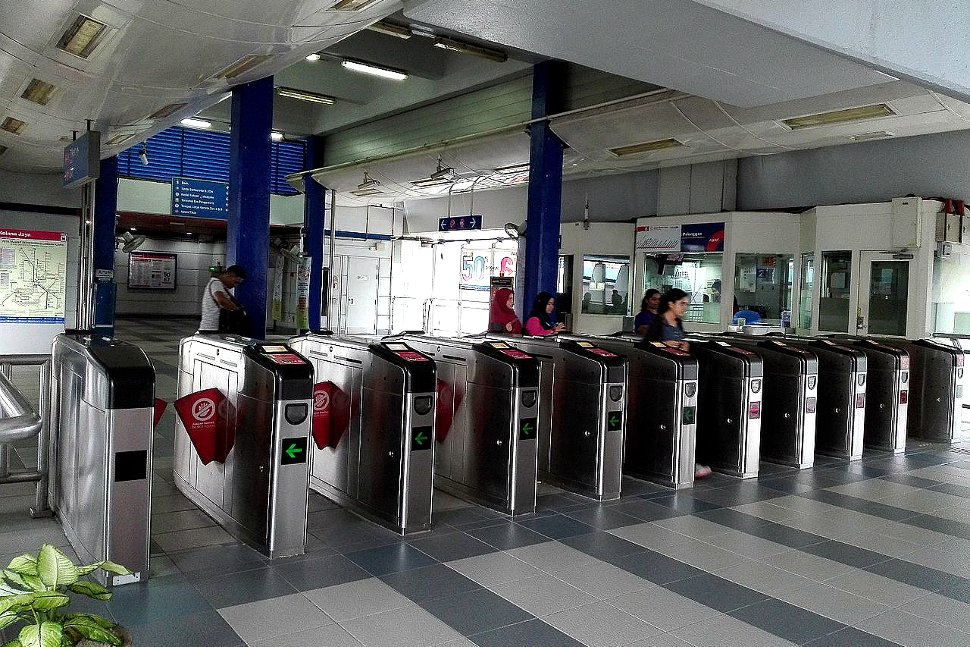 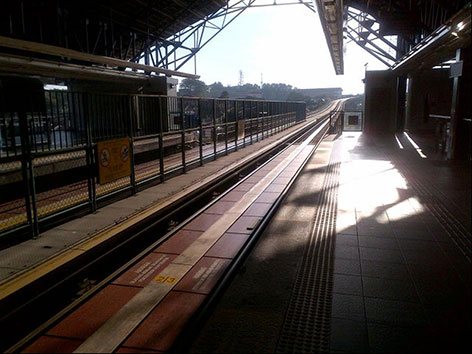 Ticket counter at the LRT station