The historic city of Manila and over a dozen cities surrounding it – collectively referred to as Metro Manila – make up an urban megacity where Spanish colonial-era churches stand next to modern buildings, as jeepneys, tricycles (motorized sidecars) and pedicabs ply the streets.

The city is located on the eastern shores of Manila Bay. The Pasig River flows through the middle of the city, dividing it into the north and south sections.

Look closer and you will see traces of the past and a unique culture amidst the malls and billboards-filled capital of Asia’s only predominantly Christian country.

Within the storied walls of Old Manila stands this fortress on the site where the Muslim chieftain Rajah Sulayman fought off the Spanish colonisers in the 16th century.

Wars and earthquakes have scarred the fort, but it has been restored to its former glory. 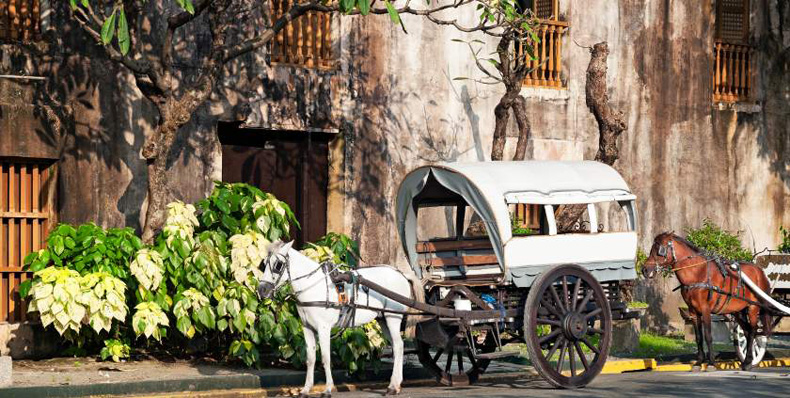 Today, it is best known for the Rizal Shrine, where you can retrace the steps of National Hero Jose Rizal, who spent his final days imprisoned here.

For the quintessential Manila experience, ride a calesa (horse carriage) and watch the nightly musical fountains at Luneta, the country’s most famous park.

The iconic Rizal Monument, named after the hero who fell here in 1896, stood tall as a national icon of the country.

For kids, the nearby child-oriented Museo Pambata serves as a good indoor detour from the tropical climate, where they can learn and have fun all at the same time.

The ‘Wedding Capital of the Philippines‘ is one of the four Baroque churches collectively listed as UNESCO World Heritage sites. The majestic church was the lone structure in Intramuros district to survive World War II intact.

Catch a wedding ceremony or two, and the adjacent monastery-turned-museum is well worth a look for religious antiques and vestments.

Housed in Neoclassical buildings from the American colonial era, the National Museum is a treasure trove of Filipino culture.

Come view the country’s most historic works, divided into the archaeological finds and ethnographic collections in the Museum of the Filipino People and the country’s definitive collection of visual art at the National Art Gallery. 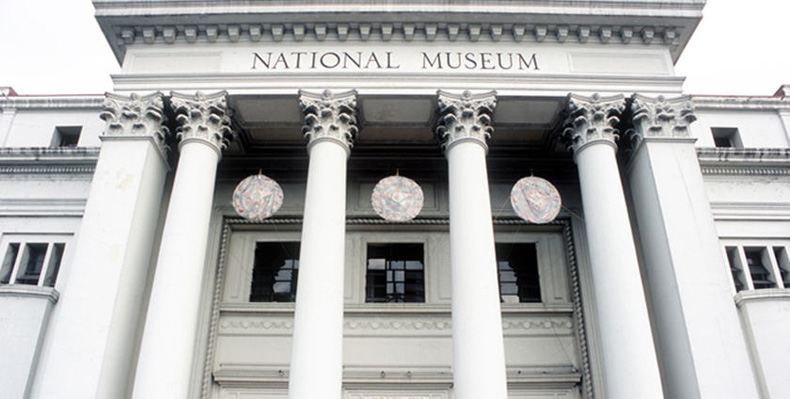 A third branch, the Museum of Natural History, will open in 2015.

Come to this fortified island, once part of a volcanic caldera, and walk through the ancient ruins and tunnel complex of the place once called “The Rock” during the World War II.

One of the world’s largest malls with almost four hectares of floor area, MOA has it all, with a department store, hypermarket, IMAX Theatre, SM Science Discovery Center, and Olympic-sized ice skating rink.

The complex is also home to the SMX Convention Center, Mall of Asia Arena, a church and San Miguel by the Bay, where you can have seafood dinner while watching the famous Manila Bay sunset.

A shiny new district with a cosmopolitan outlook matched by classy lifestyle stores, food markets, bars and restaurants, Bonifacio Global City in Taguig is the fastest growing hotspot in the metropolis.

If retail therapy isn’t for you, the nearby American Cemetery, the largest U.S. war cemetery in the world, might bring you the peace you seek.

Want to escape the hustle and bustle of the Makati Central Business District? The Greenbelt is a short respite with world-class shopping and dining choices in a complex of five malls – each with its own unique architecture style and features.

The happening urban art space is where you can rub shoulders with independent retailers and upcoming artists in this well-hidden enclave. Check out the hip designs and goods!

A mainstay in Filipino home cooking, sinigang is a staple must-try. The sour tamarind broth of this classic dish with your choice of meat, fish or seafood is tempered by vegetables and fish sauce.

Chicken and pork simmered in soy sauce in vinegar, flavoured with peppercorns and bay leaves, served with steamed rice-a simple but tasty dish! 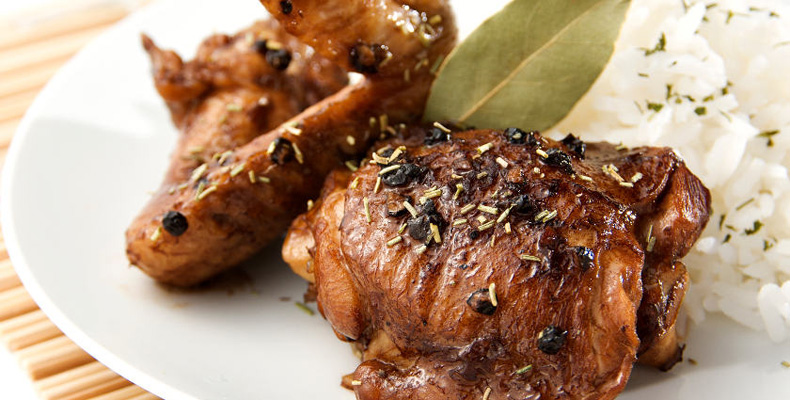 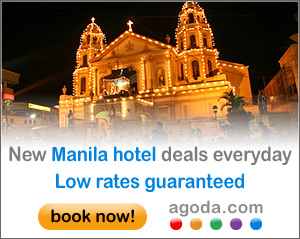