The empire of Gowa-Makassar was famous among the European powers for its fierce Bugi sailors and pirates which coined the term “Boogey man”. For today’s travellers however, Makassar is sunshine heaven on earth.

The coastal areas boast an abundance of surfing, diving and beach-bound activities set against a splendid backdrop of turquoise blue inviting waters.

In the highlands, the Torajans maintain their elaborate customs for the heavenly designers with the breathtaking valleys and paddy fields as the background.

Go high or go low, Makassar will still blow you away.

Spread out along the coast of Makassar is the Spermonde Archipelago (Kepulauan Sangkarang), a cluster of beautiful islands with sandy beaches and shady trees easily accessible from the city. Watch the sunrise and sunset at the exact same spot!

The island Samalona is excellent for snorkelling and diving. Those willing to travel further to Taka Bone Rate National Park will be rewarded with the biggest atoll in Southeast Asia.

Dubbed “the Kingdom of Butterflies” by British naturalist Alfred Russel Wallace, this is where you’ll have a chance encounter with rare species of butterflies, birds, mammals and crustaceans.

Hike, explore the caves and the second largest karst area in the world or stand under the Bantimurung Waterfall – all these only a half hour away from town.

A fun-filled beach located along the Makassar coastline where you can just chill and relax as you catch the beautiful Java sunset.

The locals love to spend their afternoons here, chatting and having a plate of pisang epe (flattened banana) while enjoying the marvellous view.

Spread out along the coast of Makassar is the Spermonde Archipelago (Kepulauan Sangkarang), a cluster of beautiful islands with sandy beaches and shady trees easily accessible from the city.

Watch the sunrise and sunset at the exact same spot! The island Samalona is excellent for snorkelling and diving.

Those willing to travel further to Taka Bone Rate National Park will be rewarded with the biggest atoll in Southeast Asia.

Originally named “Benteng Ujung Pandang” when it was first built in 1545, the fort was rechristened as Fort Rotterdam after being seized by the Dutch in 1667, who added European architectural elements to the structure.

The complex now houses a large array of cultural artefacts from South Sulawesi, including the replica of UNESCO’s Memory of the World’s Sureq I La Galigo, the longest epic poem ever written.

See the antics of locals carrying fresh catch from the sea and the vibrant array of traditional wooden ships at the liveliest and most colourful harbour in Makassar.

A lot of photo opportunities as you will see the men carry their loads on their backs and witness their exceptional seamanship albeit with no modern equipment.

A major theme park with over 21 attractions such as the Flying Bicycle, Magic Thunder Coaster, Bioskop 4D Theatre and Safari Track!

Plan your time here wisely to make sure you don’t miss out on any of the fun attractions!

A vibrant shopping strip with all kinds of knick-knacks such as local-made jewellery, antiques, crafts, silk and kitschy items that you can bring back as delightful souvenirs!

The lake is not only known as the world’s biggest wetland fishery area and the largest freshwater fish producer, it is also famous for its one-of-a-kind raft house floating village.

It is thick, it is spicy, and it is tantalising! This stew of beef, innards, nuts and spices is best eaten with rice cakes for a delicious treat!

Aside from its white sandy beach, Bira is famous for being a haven for snorkelers and divers to meet sharks, rays and turtles around the area.

There are lots of excellent island activities to do on Pulau Selayar. You can enjoy hiking, diving, fishing, hanging out on the beach, or just enjoy the gorgeous scenery.

The island is relatively untouched by modern progress and is a perfect place to get away from city living.

Situated in a mountainous area approximately 8 hours’ drive from Makassar, the “Land of the Heavenly Kings” has both fresh air and lush greeneries.

What’s even more interesting is the local custom of the Torajans, famous for their elaborate funeral rite where the body is kept for years until enough funds are raised for a celebratory funeral party.

Another gem for snorkelers and diving aficionados, the beautiful archipelago of 56 islands and inlets were formed by volcanic activities, resulting in resplendent lush rainforests and coral reef formations.

An untouched habitat for the wild, rare and endangered, come to this tropical paradise to meet new friends in the wild, or visit the many ethnic villages on the islands.

The islands are but mere freckles on the map, but it’s known as one of the best diving spots in the world with more than 25 coral reefs and marine species.

Visit the Bajau villages and watch their unique way of life when you want to have a break from all the wonders under the sea. 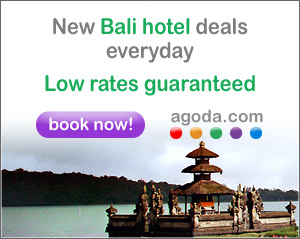