A mission to evacuate 108 Malaysians and 24 non-citizens who are immediate family members from Wuhan, China, is set to depart tomorrow.

This is amid a lockdown in Wuhan and several cities in China in a bid to curb the spread of the Wuhan novel coronavirus (2019-nCoV) which has claimed 304 lives. To date, there are 14,380 confirmed cases worldwide, most of which are in China.

“I have met with all officials involved in the mission, including the flight crew, and expressed the government and Malaysians’ utmost gratitude, particularly to their family members, for their sacrifice to being Malaysians back from Wuhan,” she said in a statement.

The mission will depart on an AirAsia flight with 12 crew members from the Wuhan Tianhe International Airport tomorrow, subject to Beijing’s approval.

Wan Azizah said those who brought back will undergo an exit screening by the Chinese government at Wuhan Tianhe International Airport, and only those who are healthy will be allowed to board.

Upon arrival at Kuala Lumpur International Airport (KLIA), Wan Azizah said the passengers, officials and crew will undergo another screening.

“For those who are found to have symptoms will be immediately transferred to a hospital,” she said.

Wan Azizah added that for those who appear to be healthy, they will still be quarantined for 14 days.

She also visited the Air Disaster Centre (ADU), where all passengers, officials and crew members will be quarantined for observation.

Wan Azizah said she was satisfied with the preparations with involvement from the Health Ministry, AirAsia, Malaysia Airport Holdings Bhd, the Welfare Department, Fire and Rescue Department, police, Immigration Department, Nadma and other agencies. 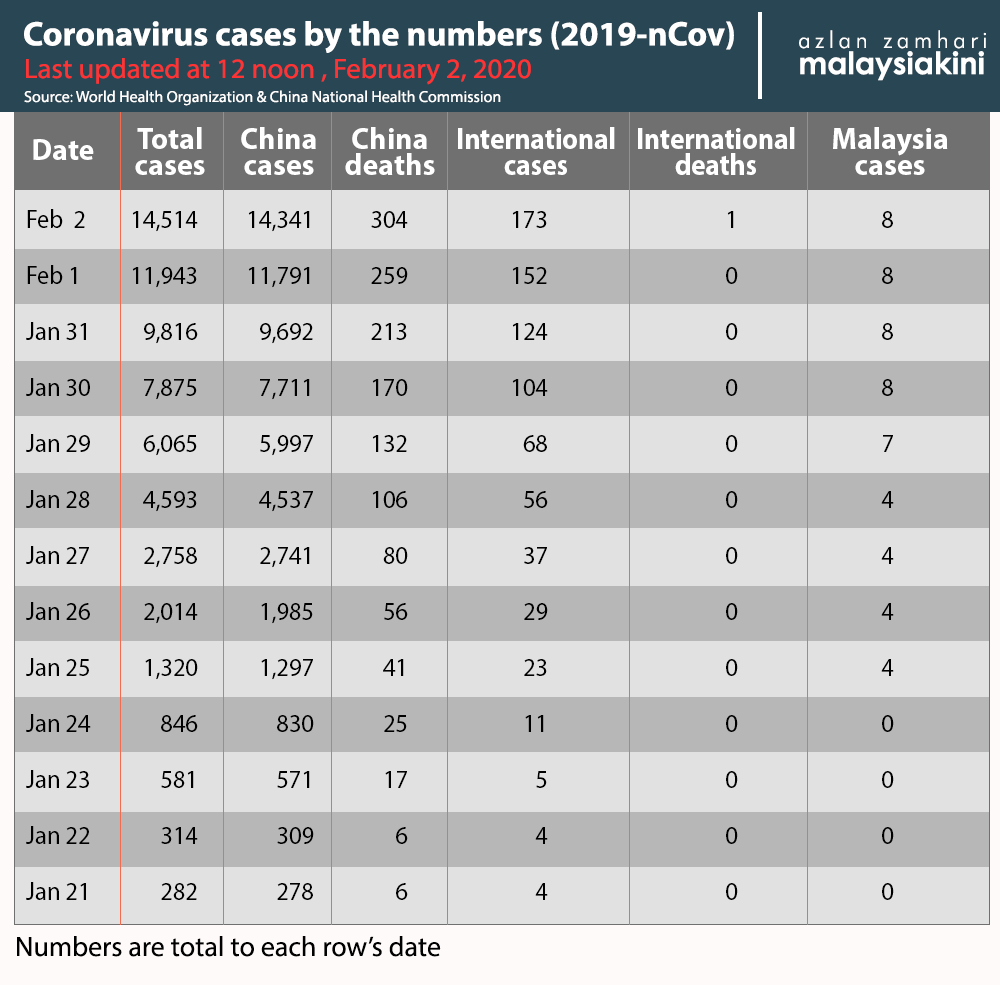 “Let us, as Malaysians, pray that this mission will proceed smoothly and all those who will be brought back, as well as the mission team and crew members, will be safe,” she said.

As of noon today, Wan Azizah said there was no change to the number of confirmed 2019-nCoV cases, which remains at eight.

To date, she said a total of 183 people have been investigated for possible infection and only 18 are still awaiting results.

She said individuals who have come in close contact with the eight infected people stood at 32.

Earlier today, Indonesia successfully evacuated 238 of its citizens from Hubei province, of which Wuhan is the capital city.

They were evacuated on a Batik Air flight and are now under a 14-day quarantine on a military base on Natuna Island.