Malaysia’s nationwide response can be a model for other countries to help flatten the curve of the Covid-19 pandemic, says American scholar Jason Hassenstab. 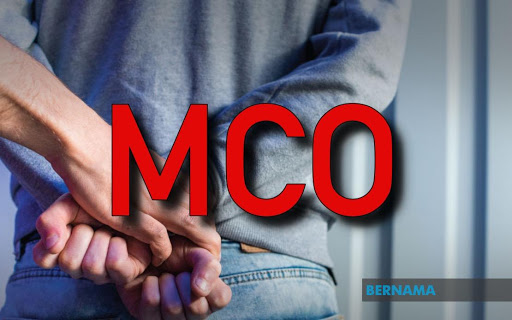 Hassenstab, who is an associate professor of neurology at Washington University, Missouri, praised Malaysia’s response in fighting the spread of the virus, suggesting that United States could emulate these measures.

“Some stark contrast I noticed between Malaysia and the US.

“In Malaysia, we went to four cities including Kuala Lumpur, Kota Kinabalu, Lahad Datu and Sandakan.

“Malaysia’s Covid-19 enforcement is evident everywhere, even in the remote rainforest where we were staying,” he posted in a series of tweets yesterday.

“Mobile carriers send a message about social distancing every day. The carrier ID at the top of my phone that normally says Sprint said ‘Stay Home’ instead,” he added.

“Information banners with written and visual guidance printed by their Ministry of Health were everywhere. The seats at the airport were taped off so that there was an empty seat between,” he added.

All airport employees, said Hassenstab, were wearing face masks while hand sanitisers were at “virtually every counter.”

“Their government has a totally consistent message: stay home, keep your distance, clean hands. And the entire country is doing it,” he said.

He compared KLIA with other busy airports including Atlanta, US, where he said only 5% of Customs and Border control personnel had masks and gloves.

“No hand sanitisers other than some in the bathrooms.

“Shops and stores were open, business as usual. People were jamming together, no distance enforcement,” he said.

Hassenstab added that his family and he had flown via Tokyo, Japan, and a passenger three seats away was having high fever, vomiting and experiencing body aches.“The paramedics came with

the Centre for Disease Control personnel at the gate and attended to her.

“But the rest of the passengers went through Customs like nothing had happened.

“Margaret, my boys and I were fever-screened because we reported coming from Malaysia and Singapore, but that was it,” he said.

Hassenstab said he knew five people who had come down with Covid-19, and the matter was not a joke.

“People are and will die on a massive scale unless extreme measures are taken.

“We need a clear and consistent message to truly #flattenthecurve, and it speaks volumes about our leadership that we need to model our nationwide response after other countries like Malaysia,” he said.