“A new cluster was detected at our international entry point where positive cases were found among Malaysians returning from Indonesia through Kuala Lumpur International Airport (KLIA) on April 16.

“This cluster involved 43 students who returned from Temboro, which is one of the areas declared as a red zone in the district of Magetan, Indonesia.

“This shows the government’s decision to quarantine and screen all Malaysians returning from overseas was the right one. 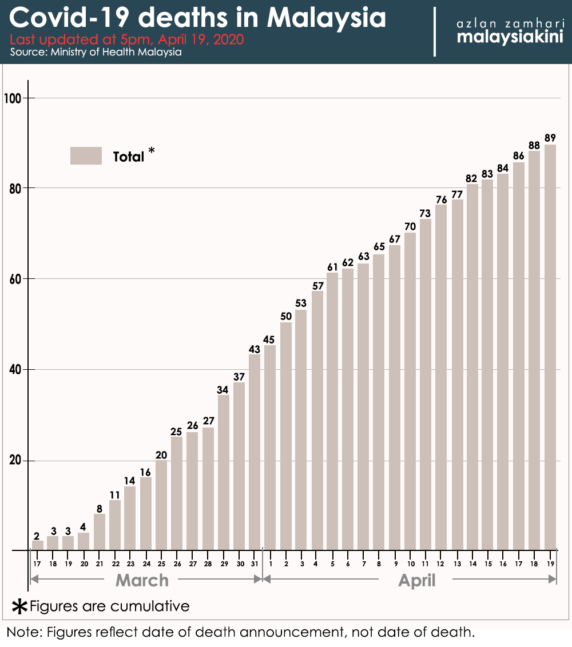 “This is to ensure that imported cases do not spread to other Malaysians,” he said.

Noor Hisham later provided some more figures on Malaysians returning from overseas who were quarantined.

He said the total number of those quarantined were 15,800 and of that figure, 11,725 individuals are still under quarantine.

There were 1,041 individuals quarantined who were from the tabligh gathering, he added.

Of the individuals who were quarantined, 8,410 samples were taken and of those samples, 65 were confirmed positive.

“That is the 17 cases I announced yesterday and today there were the 43 from Magetan, Jawa Timur and then there were three from Acheh, one from Turkey and one from Kalimantan,” he said.