With the impending change of the prime ministerial baton in 2020, it is only fair that our attention turns to Port Dickson, a constituency represented by none other than prime minister-in-waiting Anwar Ibrahim.

I have always had a soft spot for Port Dickson. I remember in the mid-70s, when we used to take a train from the KL railway station on Sundays to go on picnics in Port Dickson.

PD was to KL residents the way Brighton was to Londoners. A capital city and a coastal holiday town, a weekend getaway kind of arrangement where city folk invested and supported its growth by having a weekend home.

PD had a lot of holiday bungalows as well as resort-type hotels to cater to the weekenders. The town also had good facilities, upmarket hotels and restaurants.

Many of the nice holiday bungalows were owned by banks and corporate companies which let them out to their staff and guests for a song. So, many went for holidays in PD during those days as it was easily accessible by train from KL, Kajang and Seremban.

There was no KL-Seremban highway back then, let alone Seremban-PD expressway. But with the presence of the two highways, the train service lost out, most likely due to its slower speed, and thus longer travel time.

Today, there is no more train service; even the railway tracks between Seremban and PD are gone and the once bustling PD railway station is now dilapidated.

There is a plan, however, to revive connectivity between KL and PD, such as the proposal to have the Express Rail Link (ERL) that runs from KLIA to be extended to PD, a short distance of only about 22 km, depending on the chosen alignment.

There are at least 10,000 people working at KLIA coming on a daily basis from places as far as Petaling Jaya and Shah Alam.

No doubt, access at the moment is not easy. One could drive, but travelling time by road is long due to traffic congestion along the way. If the ERL is extended, they could choose to live in PD instead and commute to KLIA, over a shorter distance.

Houses in PD are currently cheaper than in Puchong, Petaling Jaya, Shah Alam and Kuala Lumpur. One could actually live comfortably in PD and work in KLIA and commute to work by ERL. How wonderful if that could be achieved.

Traffic and transport planning in this country are the backbone of the economy and should be given top priority. We should be creating satellite towns outside of Kuala Lumpur which can be self-sustaining.

PD is definitely one of them. Living outside the city should provide a better quality of life to its residents, provided good schools are made available.

An increase in population can also create new economic activities and generate more financial benefits. This is what a lot of people who possess land in PD are hoping will happen.

If Mahathir managed to convert Langkawi from a sleepy unknown island in the mid-1980s into what is now a bustling holiday island, then surely PD could be next.

There should be a major tourism attraction that can boost the local economy. We should also make a section of the highway to PD a toll-free highway, similar to the Kubang Pasu stretch of the North South highway, starting at the Thai border of Bukit Kayu Hitam, which is free.

This will encourage people to make more trips to PD and eventually encourage more investment in PD.

Obviously, in economic planning some form of governmental interference is needed. More so when it comes to transport planning. 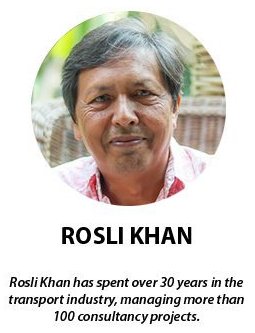 The views expressed are those of the writer and do not necessarily reflect those of FMT.