For frequent travellers, filling up forms for immigration procedures can be a cumbersome task. By introducing biometric autogates, it is a process that a Malaysian startup, BorderPass, hopes to ease.

The founder of BorderPass, Faisal Ariff, explains: “Our target demographic is visa-free business travellers and tourists. There are autogates for Malaysians and those with work permits but there is a big chunk of them from Singapore, the United Kingdom and other countries.”

The idea for a digital immigration form came up when Faisal was brainstorming for the Singularity University Global Impact Competition in 2014. “It was an idea I presented to win the scholarship they were offering.” 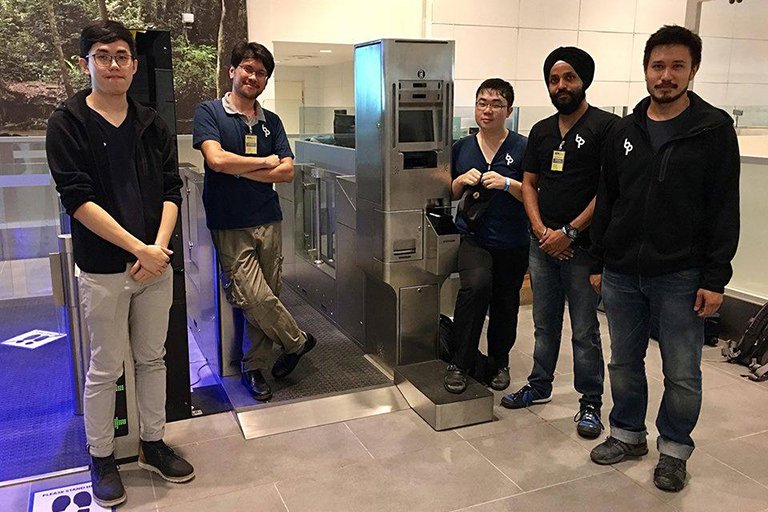 Upon returning to Malaysia after the competition, Faisal secured a meeting with the immigration department to present his idea. The immigration office found the idea “interesting and useful” but Faisal still had to attain government approval and develop the hardware.

Following this, BorderPass had the ball rolling. “We received some R&D funding from Cradle, TERAJU and later, from PlaTCOM Ventures and Malaysian Technology Development Corporation (MTDC).”

With about RM900,000 in initial investment, BorderPass began building prototypes and eventually installed its first autogate at Kuala Lumpur International Airport 2 (klia2) in November 2016. “To my knowledge, it is the first in Asean to be equipped with a combination of facial recognition and a contactless fingerprint reader.”

As far as data security goes, Faisal, a law graduate from the University of Cambridge, assures that the system captures the same data as that in the manual lane. “Except our process is automated and we have a facial recognition feature.

“From the very beginning since I came up with the idea, I wanted it to be made clear that your data belongs to you. We are merely a postman. We help you fill up forms and send it to the government,” he adds.

Before going live, BorderPass had to go through a series of tests to ensure security and proper integration with immigration systems. In 2018, the company started a live test with passengers.

“We started in June and ended in October. Within that five-month span, nearly 2,000 travellers from about 25 countries registered on our website.”

In October 2018, the Malaysian government began a review of all immigration systems. BorderPass was directed to stop running its autogate at klia2 while the review is ongoing.

Since then, BorderPass has had to put its plans on hold. “Based on what our users were asking for, the plan for 2019 was to cover klia2 departures, KLIA and also the Johor-Singapore border.”

However, Faisal is hoping to overcome this hurdle and have BorderPass go online again. According to him, the government’s planned revamp of the national immigration system is a wholly domestic project which BorderPass will not clash with.

“Ours is not a fully domestic focus. It is to create a network of autogates around Southeast Asia so that travellers can enjoy the same experience with a single enrolment whether they go to Bali, Jakarta, Bangkok or Manila,” explains Faisal.

At this point, BorderPass’ potential to take off has been recognised internationally. “We have won seven international awards doing what we have done so far. Among them are the first prize at the Asian Entrepreneurship Awards 2016 in Tokyo; Startup of the Year by Amadeus, an international European company; and the Special Innovation Prize from Mekong Innovative Startup Tourism, which is an initiative of the Asian Development Bank and Australian government.”

Faisal is raring to go and truly believes that BorderPass can solve a real pain point. The company is currently waiting for the green light to proceed.

“We are not asking for money, we will bear the capital expenditure of the autogates and the cost of maintenance, service and operations. We’d just like to continue doing what we’re doing,” he says.