Very often a traveller’s first impression of a country is the toilet at the airport.

Not the immigration queues or the unsmiling officers checking passports. Those are the same in almost every airport, in every country. 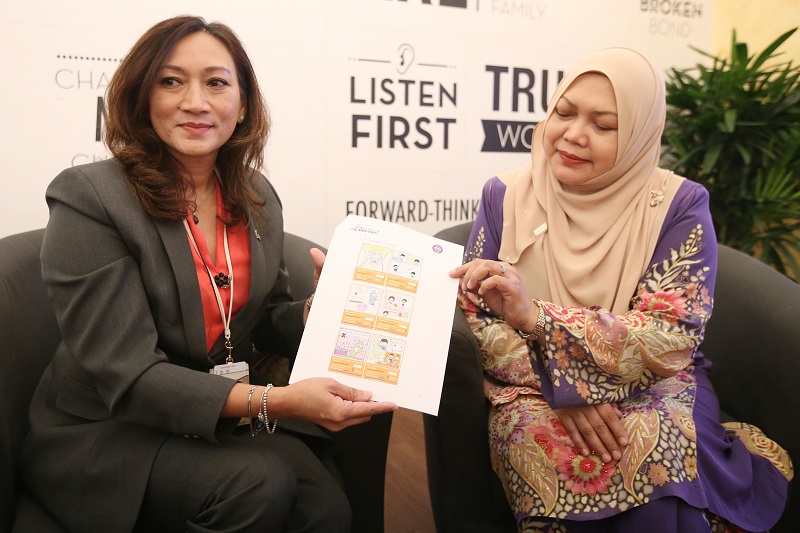 That is why the public toilets at both the Kuala Lumpur International Airport (KLIA) and klia2 were recently refurbished and a ‘Pay It Forward’ cleanliness campaign introduced.

In fact, you may have noticed the cleaner, brighter vanilla-scented toilets recently!

Malaysia Airports Holdings Berhad (MAHB) customer advocacy head Suradini Abdul Ghani said since the start of 2017, continuous efforts have been made to revamp the public toilets at the airports.

Ironically, the campaign to educate the public on proper toilet etiquette received some public backlash as some people felt the responsibility to keep the toilets clean was MAHB’s and not the public’s.

“Some people question why the responsibility has to fall on the public… but this continuous effort should be a joint effort between us and the public.

“MAHB has put in resources to make this happen because keeping the toilets clean at a location that receives visitors around the clock is not just our challenge alone, but it is an issue that is faced by other countries as well,” said Suradini.

Among the measures taken in the awareness campaign are humorous reminder posters in the toilets which Suradini said the public had found entertaining.

Apart from instances of vandalism, there are issues like flushing things down the toilet which leads to clogging and Umrah passengers who wet the toilet floors because they use the public sinks for their ablutions.

“This is a call for people to repay the kindness to the next person by keeping the toilets clean. We all want a good image as a nation.

“As part of the initiative, we have also reached out to four schools in the area to teach students about the proper use of public toilets, as such habits need to start from a young age, and we will continue to do such visits throughout the year,” she said.

In the case of KLIA, which has been in operation for 20 years, Suradini said the airport company manager has a three-year plan to refurbish all 224 toilets, which include 62 hotspot toilets, 69 non-hotspot toilets, and 93 staff toilets.

She said the hotspot toilets were the most crucial ones, as they receive an average of 200 visitors per hour on a daily basis.

“So far, we have completed refurbishing 12 hotspot and nine non-hotspot toilets with 16 others to be completed by mid-year. For this year, we are looking at refurbishing a total of 94 toilets and the remaining 93 will be done the following year.

“Since the toilets have been there for 20 years, there is a lot of work that needs to be done,” she said.

This involves more than cosmetic changes as pipe works as well as new layouts are needed to accommodate passengers ie. fitting in ablution areas in selected toilets, installation of vanilla bouquet scenting machines at the entrance of hotspot washrooms, and replacement of hand bidets with built-in bidets for 121 toilet cubicles at some of the 159 toilets in KLIA2.

Suradini said a monthly reward and recognition programme was also introduced for the cleaners and toilet inspectors.

And has it worked so far? “In the last four months, we have seen a significant reduction in the number of complaints via WhatsApp on dirtiness and smelliness of the toilets, as well as a drop in the ‘Poor’ and ‘Very Poor’ ratings from the emoticon rating,” she added.

So next time you are at the airport and use the toilet, think about all the thought and hard work that has gone into keeping them pristine. And pay it forward.