A Taiwanese tourist claims she was detained at Kuala Lumpur International Airport 2 (klia2) for 35 hours because of a "damaged passport", during which immigration officers allegedly ill-treated her and demanded for money.

Posting her ordeal on Facebook under the name Chiao Mei, the 33-year-old woman said her mobile phone and passport were confiscated before she could inform her family of the situation.

Chiao Mei said upon arrival at 8.30pm on March 9, immigration officers denied her entry because several pages in her passport were torn. 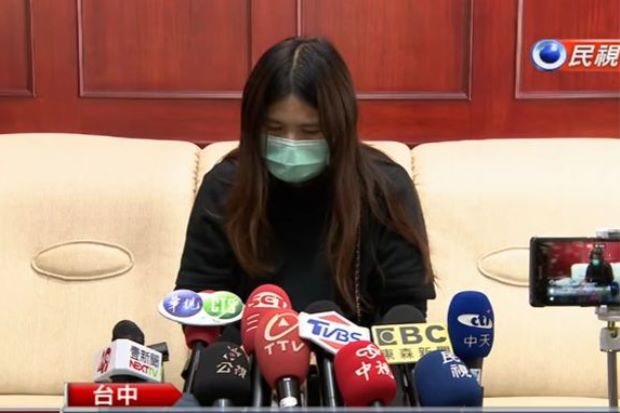 "Those pages were torn by Japanese Customs when they tried to rip off the tax-free forms stapled in my passport. Because of that, Malaysian immigration officers gave me a hard time, escorting me to an office before confiscating my passport and mobile phone," she wrote in her post that was translated by the Taipei Times.

Chiao Mei said that after she was interrogated, immigration officers told her to enter a detention centre, where she was promised she would be released the next morning.

Describing the detention centre as dark, crowded, and filthy, she added that there were no doors for the toilet and that she had to sleep on the floor.

She told Taiwanese media that immigration officers later returned and demanded RM1,000 for her immediate release.

Chiao Mei believes her detention was prolonged because she refused to pay the officers.

She said the officers were rude and "inhumane", citing the example of another Taiwanese woman who was also detained for mistakenly showing immigration officers the plane ticket from her previous trip to Malaysia.

She said she also saw one immigration officer slap a Vietnamese woman in the face when she walked out during roll call because she had mistakenly heard her name being called.

Chiao Mei was released and deported back to Taiwan on March 11 at 9.20am.

In response to the issue, Malaysia's special envoy to the Far East Datuk Seri Tiong King Sing released a statement on Facebook criticising the immigration officers for "unlawfully" detaining the Taiwanese woman.

"The Taiwanese tourist did not commit any crime and should not have been detained. It is inhumane to detain her, and to confiscate her phone and personal belongings. This incident should not have happened! The immigration officers should not treat tourists from any nation this way," Tiong, who is also Bintulu MP, said.

Adding that the incident will tarnish the nation's image and hurt the tourism industry, Tiong said the authorities should have allowed her to contact a family member, seek help from the Taiwan representative's office, or arranged for her to return to Taiwan on the next available flight.

According to Tiong, Deputy Prime Minister Datuk Seri Dr Ahmad Zahid Hamidi was "furious" when informed of the matter and had ordered a thorough investigation.

The Star Online's attempts to contact the Taipei Economic and Cultural Office in Malaysia have been unsuccessful.