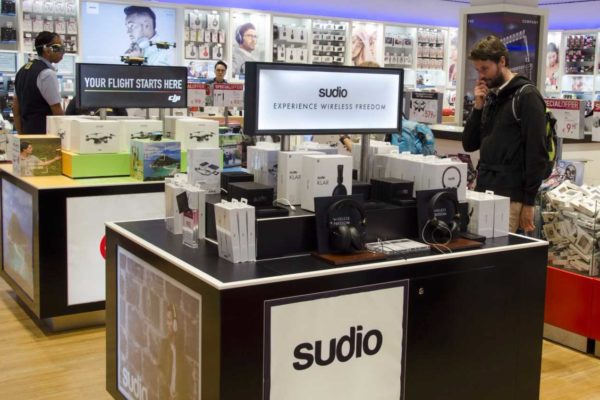 Month-long ‘Simply music, no strings attached’ promotions, in outlets in Amsterdam, Munich, Frankfurt, Copenhagen and Johannesburg airports, started on 25 October. A leather card holder is offered as a GWP on sales of Sudio products.

In a move away from wired earphones, Sudio Travel Retail Manager Nils-Fredrik Mörner said the brand has renewed its product range to focus on an increasing demand for Bluetooth audio products.

Founded in 2012, Sudio was named after the Phil Collins song ‘Sussudio’ after one of the brand’s founders bumped into the singer in New York as he was trying to untangle his headphones. 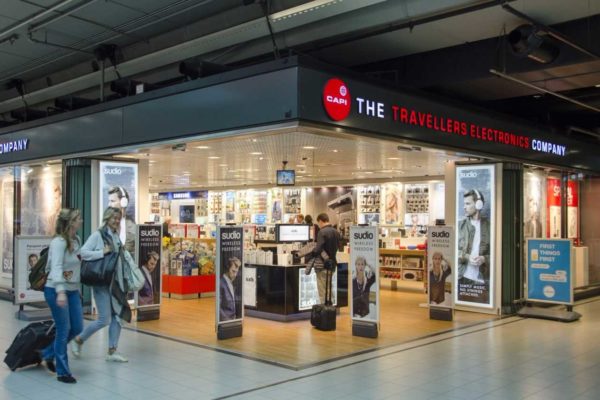 “Sudio’s presence in Asia is significant and growing but our focus this year has been to grow organically in Europe. Royal Capi-Lux feels like the natural partner to help us achieve that,” Mörner said. He added that Sudio was considering the development of travel retail-exclusive products.

Royal Capi-Lux Managing Director Peter Wiggers commented: “We are excited about our collaboration with Sudio. At Capi, we always search for unique propositions and innovative products to surprise travellers. The Sudio launch in the Capi stores is a perfect example of this point.”