The need to send an envoy to North Korea and the status of the Malaysian Embassy in Pyongyang will be discussed, said Deputy Prime Minister Datuk Seri Dr Ahmad Zahid Hamidi.

Ahmad Zahid, who is also Home Minister, was asked on whether the government would be sending an envoy to the Hermit state. 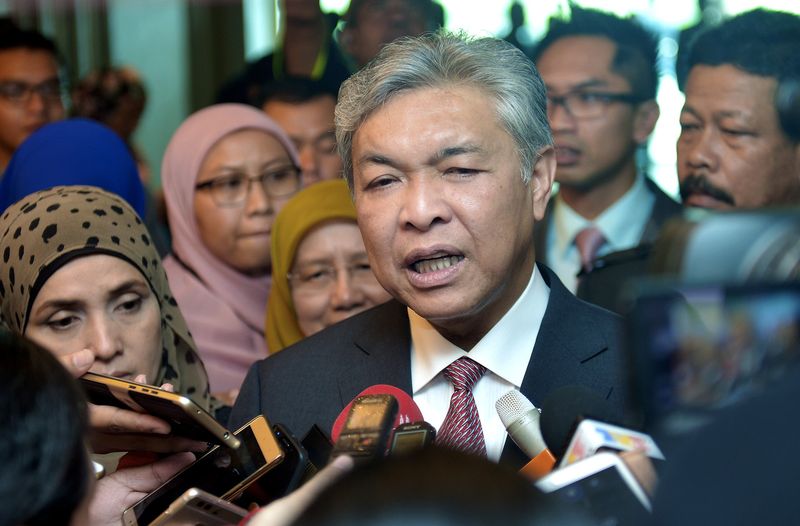 The Malaysian Ambassador to North Korea Mohamad Nizan Mohamad was called back to Kuala Lumpur on Feb 22 by Wisma Putra following tensions between Malaysia and North Korea after the murder of Kim Jong-nam in the Kuala Lumpur International Airport 2 (klia2) on Feb 13.

Jong-nam, 46, estranged half brother of North Korean leader Kim Jong-un was murdered using the VX nerve agent by two foreign women while waiting for a flight to Macau in klia2.

Diplomatic tension arose when North Korea’s Ambassador in Malaysia, Kang Chol made baseless accusations against Malaysia on how it was handling the case, which resulted in Malaysia declaring him as persona non grata (PNG).

On March 7, Pyongyang barred Malaysian nationals from leaving that country and Kuala Lumpur in a tit for tat action also prohibited North Koreans from leaving Malaysia.

However the nine Malaysians, barred from leaving North Korea following the diplomatic row, safely returned to the country on March 31. — Bernama