Envoy is a former North Korean deputy ambassador to the United Nations.

A former North Korean deputy ambassador to the United Nations arrived today to request for the handing over of the body of its national held by Malaysian authorities.

Ri Tong Il told reporters that he would request that Malaysia hand over the body of its citizen, Kim Chol, who died earlier this month in Malaysia, the Yonhap news agency reported.

Kim Chol is the name on a passport held by Kim Jong Nam, the half-brother of North Korean leader Kim Jong Un, when he was killed at the Kuala Lumpur International Airport 2 (klia2) on Feb 13, after two women had allegedly smeared the VX nerve agent on his face. He was awaiting a flight to Macau where he lived.

Ri said he will also request that Malaysia release the North Korean detained over the incident and discuss ways to strengthen friendly ties with Malaysia. 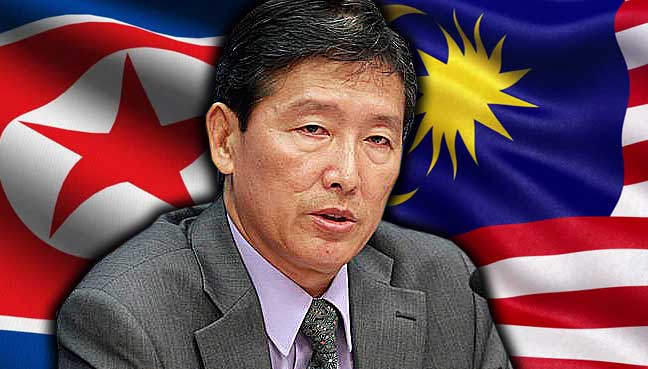 North Korea claimed the autopsy was done in an “illegal and immoral” manner and that Malaysia has colluded with South Korea in the investigation of the case, according to Yonhap.His visit came in the midst of a diplomatic row between North Korea and Malaysia last week over the autopsy done on the body of Kim Jong Nam.

Malaysian police had earlier said that eight North Koreans were suspected of being involved in Kim’s killing, along with two Asian women who claimed they were deceived into thinking that they took part in a prank show.

One North Korean man was detained while police are looking for three others, including a diplomat, for questioning. Four North Korean suspects are believed to have fled to Pyongyang after the murder.