There is no sign of Kim Han-sol at Kuala Lumpur International Airport 2 (klia2) following speculation that he was on his way here.

As at 11pm Monday, reporters were seen leaving KLIA2 after failing to confirm the arrival of Han-sol, the son of the Kim Jong-nam who was killed last Monday.

However, there was a slight commotion when a man, whom media suspected of being Han-sol stepped out of the domestic arrival gate.

The man, who was wearing a cap, earphones and a black face mask, walked away before the gathered media were able to ask him any questions.

Earlier in the day, a message circulated among the media that the 22-year-old son of murdered Kim Jong-nam would be touching down at KLIA2 at around 7.30pm. 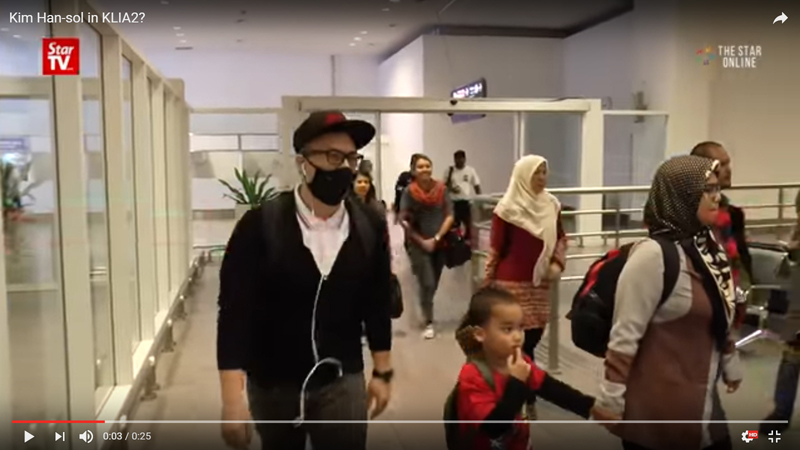 There was a slight commotion when a man, whom media suspected of being Han-sol stepped out of the domestic arrival gate.Photo: Youtube screengrab

Media speculation was rife that he was on AirAsia flight AK8321, but those on the flight said that they were not aware of his presence.

"There was no extra security, everything was normal so I think (the rumours that Han-sol was on the flight) are not real," said Macau Millennium College lecturer Bo Derek Kung when met at the arrival hall upon disembarking from flight AK8321.

At press time, it could not be determined if Han-sol had even boarded the flight or whether he had arrived and exited via another gate.

While there was no glimpse of Han-sol, the arrival hall was crowded with foreign and local media, along with a small group of police officers, with reporters waiting for Han-sol seen leaving KLIA2 after waiting for hours for him.

Han-sol's 45-year-old father Kim Jong-nam was killed by two women who splashed his face with a chemical at the klia2 departure hall at about 9am on Monday.

Jong-nam, the older half-brother of North Korean leader Kim Jong-un, was about to leave for Macau when he was attacked.

Han-sol, spent the first few years of his life in Pyongyang before moving to Macau. However, he would still return to North Korea in the summer to visit relatives and keep in touch with family. 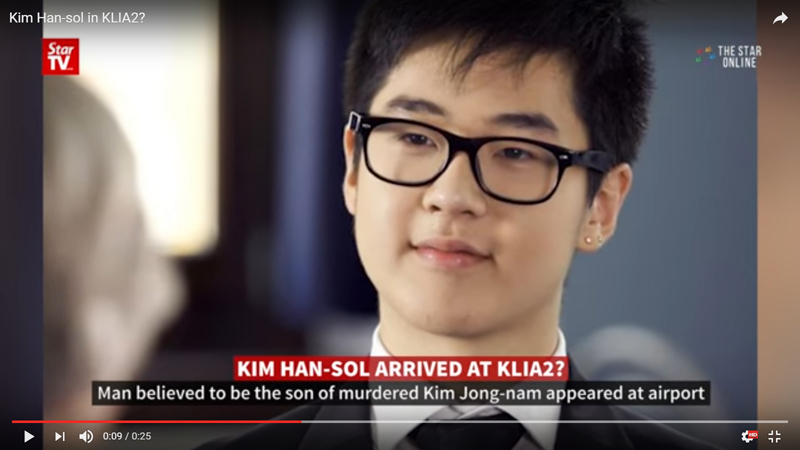 He was reported to have led an "isolated childhood" in order to keep a low profile.

Like his father, Han-sol appears to be a moderate voice in comparison to other prominent members of their family who hold a strong grip over the world's most isolated country.