The assasination of Kim Jong-nam, the estranged half-brother of North Korean leader Kim Jong-un, has undoubtedly put a strain on diplomatic relations between Malaysia and North Korea, a situation that entails careful negotiations to achieve successful outcome.

Following are the chronological take on the chain of events that took place during the 46-day of uncertainties which began on Feb 13:

FEB 13: A North Korean man was at the klia2 to board a 9am flight to Macau. He did not pass through the immigration counter. A woman reportedly came from behind and wiped his face. He managed to obtain assistance at the klia2 customer service counter to send him to hospital. He was pronounced dead on the way to hospital. 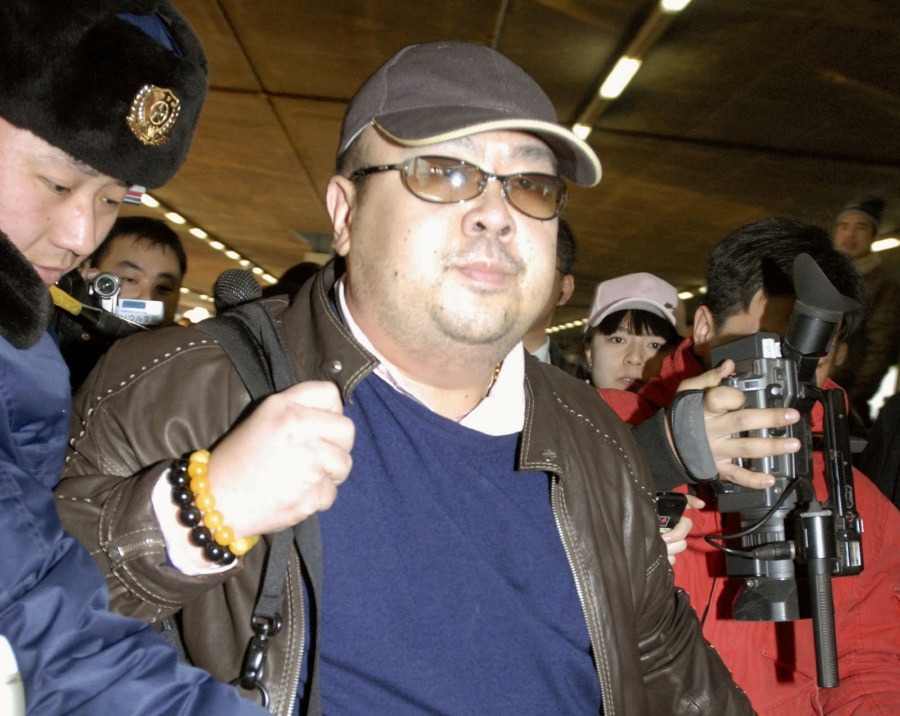 FEB 14: International media broke the news that Kim Jong-nam was murdered in Malaysia. At 11pm, Inspector-General of Police (IGP) Tan Sri Khalid Abu Bakar in a statement identified the North Korean man as Kim Chol based on his passport number 836410070. The man was born in Pyongyang on June 10, 1970.

FEB 15: A female suspect in possession of a Socialist Republic of Vietnam passport was detained at klia2, bearing the name of 'Doan Thi Huong', 29. The remains of the North Korean man was sent to Kuala Lumpur Hospital (HKL) for post mortem. The body was kept at the National Institute of Forensic Medicine (IPFN), HKL.

FEB 16: Another woman was detained at 2am and bore the name Siti Aishah, with Feb 11, 1992 and Serang, Indonesia cited as the date and place of birth and holds Indonesian passport. Deputy Prime Minister Datuk Seri Dr Ahmad Zahid Hamidi, who is also Home Minister, confirmed that the North Korean man who died at klia2 was Jong-nam, the estranged half-brother of North Korean leader Jong-un, the same person who carried the passport bearing the name Kim Chol.

FEB 18: Police arrested 47-year-old North Korean Ri Jong-chol, identified to be as a chemical expert employed in the IT Department of a company in Kuala Lumpur.

FEB 19: Deputy Inspector-General of Police Tan Sri Noor Rashid said police were looking for another seven North Korean suspects in connection with the murder. A CCTV footage, showing the moment Jong-nam was attacked and the events leading up to his death, was leaked in Youtube. Four suspects — Ri Ji Hyon, 33, Hong Song Hac, 34, O Jong Gil, 55 dan Ri Jae Nam, 57 — who left the country the day of the attack. The other three suspects included a 30-year-old North Korean man identified as Ri Ji U, 30. Another two suspect had yet to be identified.

FEB 21: Prime Minister Datuk Seri Najib Razak said Malaysia is not a pawn of any country and will hold firm to the rule of law in investigating the death of Jong-nam.

As a sovereign country, he said Malaysia will not be pressured or be bullied into any form of action that is not deemed to be correct. Malaysian Ambassador to North Korea Mohamad Nizan Mohamad, who was called back to Kuala Lumpur for consultations, arrived in Malaysia.

FEB 22: Malaysian police reject proposal by the North Korean authority for a joint investigation into the murder of Jong-nam. They believed the four suspects who have returned to North Korea had an active role in the murder. Second Secretary of the North Korean Embassy in KL, who is a suspect in the murder probe, was identified as Hyon Kwang-song, 44 while another suspect was Kim Uk-il, 37, an employee of North Korean airline, Koryo Air.

FEB 23: The Malaysian authorities said they abide by international protocol to obtain the cooperation of a North Korean embassy official in the investigation. The police sent a request through the Foreign Ministry to the embassy seeking Kwang-song's assistance in the investigation.

MARCH 1: Two foreign women were charged in the Magistrate's Court in Sepang with Jong-nam's murder.

MARCH 3: Jong-chol was deported following his released due to a lack of evidence to indict him over the killing.

MARCH 7: North Korean government barred Malaysian citizens in North Korea from leaving the country until safety of its diplomats and citizens in Malaysia is fully guaranteed.

MARCH 9: Two Malaysians, who are employees of the United Nations allowed to leave North Korea.

MARCH 10: The IGP confirmed that the North Korean citizen murdered at klia2 on Feb 13 whose passport named him as Kim Chol, is actually Jong-nam. The 2019 Asia Cup final round qualifier between North Korea and Malaysia scheduled for March 28 in Pyongyang has been postponed to a later date.

MARCH 13: The police believed two North Korean men wanted to assist investigations into the murder of Jong-nam are still within the North Korean embassy's compound in Bukit Damansara.

MARCH 14: Zahid said the government will repatriate 50 North Koreans with expired work permits in Sarawak, back to Pyongyang.

MARCH 15: The Deputy Prime Minister said the identity of Jong-nam was confirmed through his son's DNA sample.

MARCH 16: Malaysian police have obtained the Interpol Red Notice for the arrest of four North Korean nationals in connection with the murder of Jong-nam.

MARCH 30: The Prime Minister announced that nine Malaysians citizens barred from leaving North Korea were allowed to return to Malaysia. They took off from Pyongyang today at 7.45pm Malaysian time and would land in Kuala Lumpur tomorrow at around 5am. Following the development, the prime minister said Malaysia has now allowed North Korean citizens in Malaysia to leave the country. The coroner has approved the release of the body following the completion of the autopsy on the deceased and receipt of a letter from his family requesting the remains be returned to North Korea. — Bernama