Khalid said Malaysian experts had already confirmed Kim Chol died after two women suddenly wiped his face with their hands laced with suspected poison which was later confirmed to be VX nerve agent.

“We have our experts who are qualified to determine cause of death of Kim Chol. Our investigations and supported by expert reports confirmed that Kim Chol was murdered. North Korea can say what they like but the facts remain.”

Khalid said this in response to North Korean embassy’s official spokesperson Ri Tong-il who had claimed during a press conference that Kim Chol died of a heart attack and not poisoned. 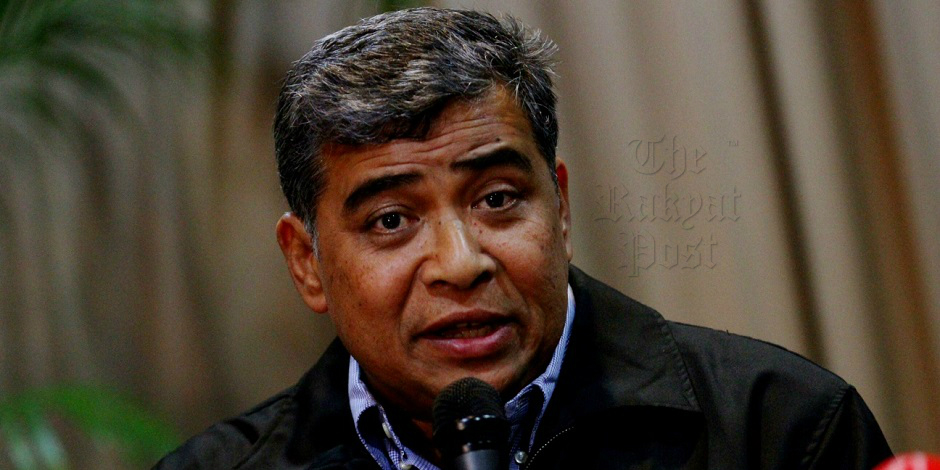 Khalid also said there was no need to hand over the sample of chemicals used in the murder to Organisation for the Prohibition of Chemical Weapons (OCPW).

Kim Chol died on Feb 13, after two women smeared his face with a chemical at klia2 where he was scheduled to leave for Macau. The victim had come to Malaysia on Feb 6 and carried a passport bearing the nom de guerre, Kim Chol.

Ri Tong-il had rejected claims the deceased died of a chemical substance called the VX nerve agent, saying the victim did not take precaution despite his health problems.

“He has a record of myocardial infection disease and from time to time, he had treatment while being hospitalised. He cannot have travelled without the medicine to cure the heart disease.

“While a post mortem was being conducted on the victim to determine the cause of death, medicine related to heart disease were found in the belongings of the victim.

“Therefore this is the strong indication that he suffered a heart attack.”

He further identified the deceased as Kim Chol and not Kim Jong-nam, the estranged half-brother of North Korean leader Kim Jong-un.

However, on Feb 21, Health director-general Datuk Dr Noor Hisham Abdullah had said there was no evidence of a heart attack.

Also, Khalid had said Kim Chol was killed using the highly toxic liquid nerve agent VX following a preliminary analysis of swabs taken from the face and eyes of the victim.

Due to the North Korean government’s claim that the victim died of a heart attack, they now demand the samples of chemicals used in the murder to be handed over to OCPW.

The demand was made as the North Korean government wants the OCPW to verify the substance of the chemical used in the killing of the victim.

He added that if it is proven by the international laboratory the substance was indeed VX nerve agent, then the organisation should identify the country responsible for producing the chemical.

The VX (S2 ethyl diisopropylamino methylphosphonothioate) is a toxic substance that has no known uses except in chemical warfare.

Separately, Attorney-General Tan Sri Mohamed Apandi Ali said Jong-chol, 47, who was remanded since Feb 18, would be freed and sent home following lack of evidence to prosecute him.

The family of the North Korean chemist, detained over the murder of Kim Jong-nam, may have gone into hiding.

This follows Jong-chol’s arrest by the police last Feb 17, to facilitate investigations into the killing which occurred at klia2 four days earlier.

A Bernama check of the Jalan Kuchai Lama condominium unit – where the family last stayed – found it locked.

A neighbour said the murder suspect’s wife and two children had left the unit hurriedly, a few hours after Jong-chol, who is also an IT expert, was arrested.

“I don’t know where they (Jong-chol’s family) went. Jong-chol’s wife and children left in a hurry. We are still in shock over what had happened.”

A Bernama journalist who went to enquire the family’s condominium unit and whereabouts was accompanied by two security guards who cautioned against taking photographs or risk confiscation of the camera equipment.

Bernama was made to understand that the condominium residents had requested for heightened security following Jong-chol’s arrest.

Indonesian Siti Aisyah, 25, and Vietnamese Doan Thi Huong, 28, have been charged at the Sepang Court Complex with the murder.