PROPERTY developer Matrix Concepts Holdings Bhd (MCHB) has ventured into the hotel industry with the opening of its d’Sora Boutique Business Hotel in Bandar Seri Sendayan near Seremban.

The 72-room hotel, which had its soft opening recently, is being branded as “luxuriously unique”. It is said to be an ideal choice for the modern traveller, including those on transit at the nearby Kuala Lumpur International Airport (KLIA) and klia2.

MCHB chairman Datuk Mohamad Haslah Mohamad Amin said the group decided to invest in the hotel to complement its existing development in the sprawling new township.

“We had no intention of going into the hotel industry initially, but decided to build this boutique business hotel to serve tourists, as well as investors and businessmen, in this new township, including the Sendayan Tech Valley and Sendayan Icon Park, and the surrounding areas,” he said during a media tour. 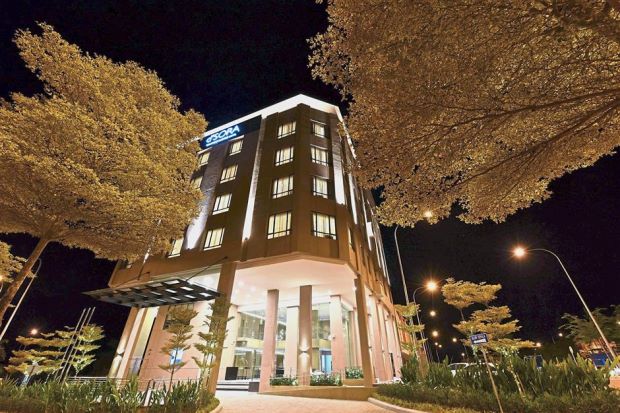 The new 72-room d‘Sora Boutique Business Hotel is the first such hotel in the new Bandar Seri Sendayan township. It is located a short distance away from Kuala Lumpur International Airport, klia2 and Sendayan Tech Valley.

Mohd Haslah said the d’Sora name was inspired from the Japanese word which means “sky”.

“As for the feather motif in its logo – we wish to be just as light so that we, too, could soar into the sky,” he explained. 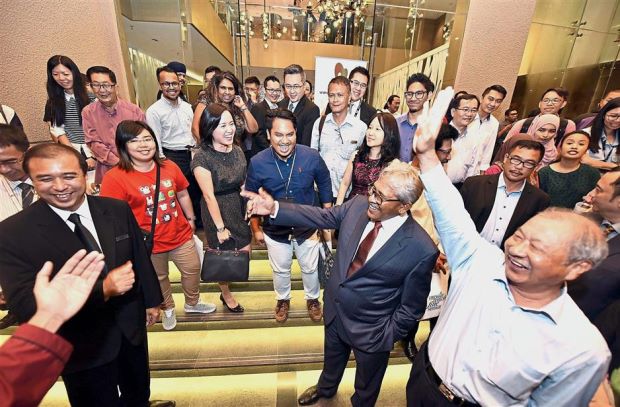 Lee (right) and Mohamad Haslah (on Lee‘s right) with members of the media after the hotel tour.

“Although we may be a boutique business hotel, I can confidently say that our room setting is equivalent to that of a four or a five-star hotel,” he said adding that all rooms came with the comfortable Lady Americana mattresses.

The rooms, he said, were also equipped with satellite TV channels, WiFi-access, complimentary in-room cofee/tea-making facility and other amenities.

There are also two food and beverage outlets – the Feather Lite Cafe and the White Nest Lounge. 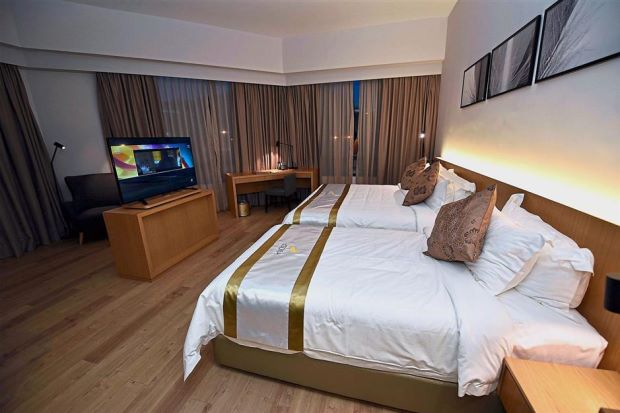 The d‘Sora Hotel‘s executive suite is fully equipped with facilities that are available in five-star hotels, including WiFi access and television with satellite channels.

The Feather Lite offers local and international delights through a la carte dining, while the White Nest Lounge is more of a after-five get-together place.

Mohd Haslah said d’Sora also had three meeeting rooms – Kingfisher, Hornbill and Sparrow – that could accommodate up to 60 people in a theatre-style sitting.

He said guests at the hotel would also be allowed to use facilities at sister property, d’Tempat Country Club, a short drive away.

The club has a gym and aqua gym, a swimming pool, snooker tables, a cineplex, a bowling alley, and children’s rooms.

Mohd Haslah said with the soft opening, the deluxe twin/King and deluxe Queen rooms would be priced at RM150 instead of RM250 and RM200, respectively.