They were watching the women attack the North Korean with poison from a restaurant 50m away.

The place was swirling with people, including auxiliary policemen, and yet no one seemed to have noticed the two women who covered the face of Kim Jong Nam with cloth said to be laced with poison.

No one, that is, except four North Koreans who were sitting in a nearby restaurant watching the whole incident.

An airline source told Bernama that they left Kuala Lumpur for Jakarta around 9.50am, about an hour after the killing.

A waitress said she and her colleagues did not suspect anything was amiss.

“It was our peak period. I don’t think any of us paid any special attention to anyone. We only realised the four were at our restaurant after watching the CCTV footage,” she added. 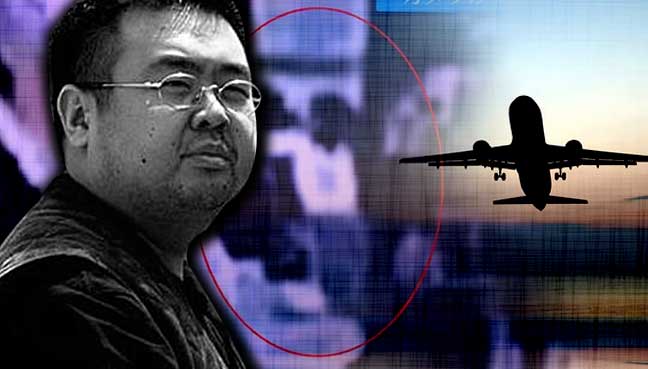 The whole area was covered by CCTV which was how the police were able to trace the two women.

It was also from CCTV footage that police identified the four North Korean suspects who were sitting some 50 metres from where Jong Nam, the estranged elder half-brother of North Korean leader Kim Jong Un, was attacked.

So, why did the women do what they did then and there when it should be obvious to them that their actions would be recorded?

The crime was committed at level three of klia2, some 50m from the information counter and the restaurant adjacent to it.After all, as two Bernama reporters found, the CCTV was very visible to the public, and it covered the information and self-check-in counter where the deed was done at about 8.20am on Monday.

It took just 2.33 seconds to poison Jong Nam, who sought assistance at the information counter before being brought to the Menara medical clinic at level two.

Following the route that Jong Nam took and considering his condition, we found that he needed 10 to 15 minutes to go down from level three to level two, passing level 2M.

As for the two women, going to level three to the taxi station on level one would take 15 to 20 minutes.

This is assuming that they are familiar with the layout of klia2, which is huge and complicated with many escalators heading towards different locations.

According to reports, the two women told police they practised the act of covering Jong Nam with the cloth and fleeing several times, believing that it was all a prank.

The four, who are believed to be the masterminds of the murder, have been confirmed to have left the country and are said to be in North Korea.

Jong Nam was waiting for his flight to Macau when he was attacked.

Jong Nam, who was using a passport bearing the name Kim Chol, sought help at a customer service counter and was rushed to the Putrajaya Hospital but died on the way.