Malaysian prosecutors will charge two women – an Indonesian and a Vietnamese – with murder over their alleged involvement in the killing of the estranged half-brother of North Korea’s leader, the Southeast Asian country’s attorney general said today.

Kim Jong Nam, who had criticised the regime of his family and his half-brother Kim Jong Un, was killed in Kuala Lumpur earlier this month after the two women allegedly smeared VX nerve agent, a chemical described by the UN as a weapon of mass destruction, across his face.

Attorney general Tan Sri Mohamed Apandi Ali said the women will be formally charged tomorrow under section 302 of the Penal Code, which carries the death penalty.

“I can confirm that,” he wrote in a text message.

US and South Korean officials believe Kim Jong Nam was the victim of an assassination orchestrated by North Korea. He had been living in exile, under Beijing’s protection, in the Chinese territory of Macau. 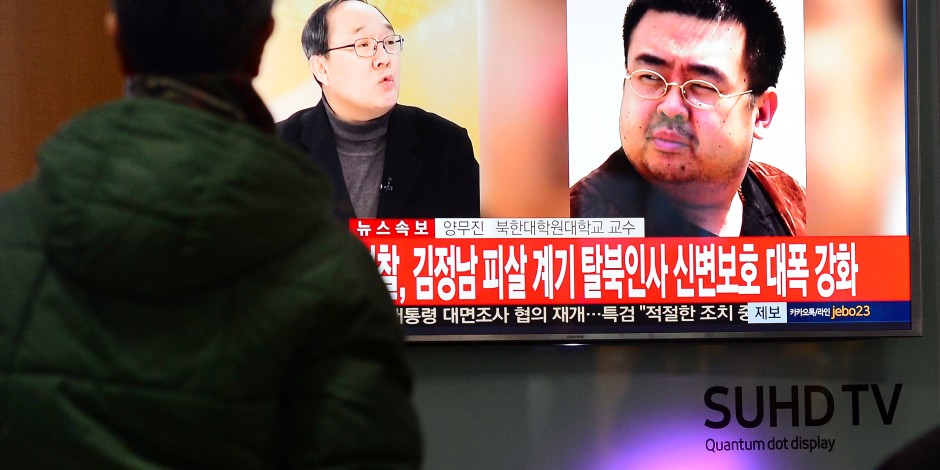 People watch a TV screen broadcasting a news report on the assassination of Kim Jong Nam, the older half brother of the North Korean leader Kim Jong Un, at a railway station in Seoul, South Korea, February 14, 2017

While Malaysian police arrested Doan Thi Huong, the Vietnamese, and Indonesian Siti Aishah in the days after the attack, they are are also holding one North Korean man and have identified seven other North Koreans wanted in connection with the sensational case.

Apandi said the North Korean in custody will not be charged yet. His remand period ends on Friday.

The security camera footage, which has been released by media, showed two women assaulting Kim Jong Nam in the departure hall of KL International Airport, and the victim stumbling into a medical clinic. He died within 20 minutes of the assault.

Both women have told diplomats from their countries they had been paid to take part in what they believed was a prank for a reality TV show.