Rayani Air staff are threatening to take legal action if salary arrears of RM1.5 million due to about 400 of its workers in March are not paid up by Tuesday (April 26). 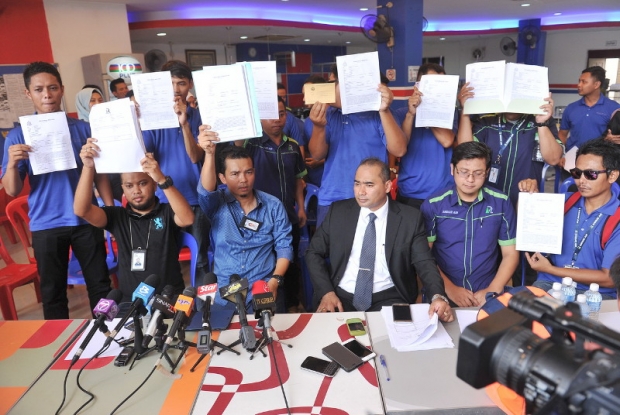 Rayani Air Operations Manager at the Kuala Lumpur International Airport 2 (klia2), Zulkalnain Azdan, who acted as their spokesman, said legal action would be taken against the airline’s chief executive officer Ravi Alagendrran and his wife, Datuk Karthiyani Govindan, who are the owners.

Besides the issue of the salary arrears, he also claimed that the employees’ Employees Provident Fund (EPF) contributions were not in order.

“We tried contacting Ravi, but until now, there is no news from him on how he is going to solve the problems facing his company,” he told a press conference here today.

Rayani Air began operations in December last year. It is the first Malaysian airline company to be fully syariah compliant.