Three hundred facial recognition devices to scan those entering and exiting the country will be placed at key entry points by the end of next year.

Zahid, who is also the home minister, said the new security system would be placed at other airports and ports soon.

“International airports are first on our list … but we will surely move to other entry points including ports,” he said in an exclusive interview with Malay Mail recently.

“Right now, we are looking at 300 devices at key entry points which will be installed by end of next year. We have budget constraints for now, but the ultimate goal is to see all entry points having the new face scanning system.”

This would mean immigration counters at entry and exit points between neighbouring countries — Thailand, Singapore and Indonesia — would also be equipped with the device.

The new device would be an added security feature on top of the scanning of thumbprints at the electronic gates. A traveller would scan his or her thumb print as the facial recognition system scans the face. This would be cross-checked with information embedded in the bearer’s passport.

The system is also in sync with Interpol’s database of stolen and lost travel documents.

An insider, familiar with the workings of the facial scanner, said: “The device is also able to detect if a passport is fake or has been tampered with.”

“As it is also a form of the biometrics system, the facial device can read all international passports,” he said.

Malay Mail had, in a series of reports starting from May 18, highlighted the various weaknesses at exit and entry points at KLIA, that were abused by human trafficking syndicates.

Following the revelations, scores of Immigration personnel were arrested and transferred out from KLIA and klia2. 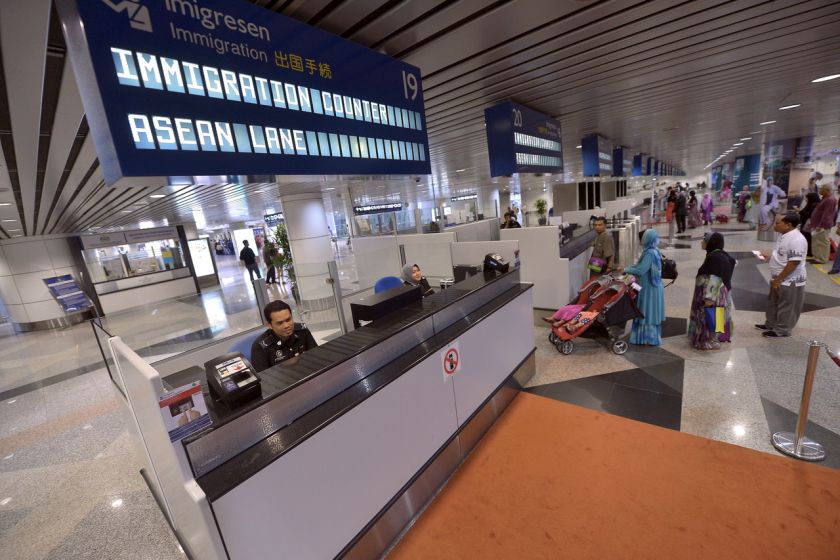 Three hundred facial recognition devices had been installed at Kuala Lumpur International Airport (KLIA) and klia2 to scan those entering and exiting the country. — Bernama pic