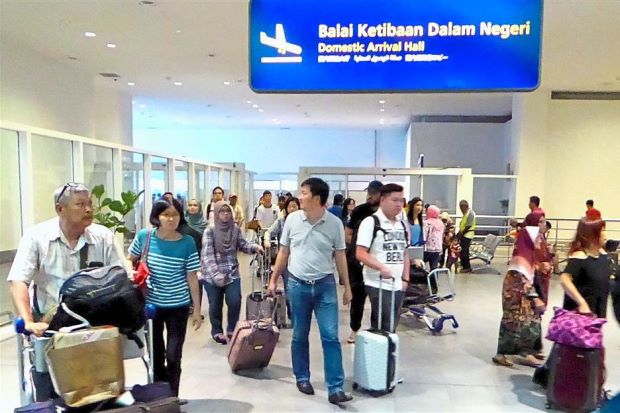 No congestion: Travellers at KLIA and klia2 breezing through the checkpoints with little waiting time.

A week after counters in the country’s main gateway were slammed over a screening system which was prone to breakdowns, the lines at the Kuala Lumpur International Airport are now moving smoothly.

International travellers at KLIA said they had no inkling that the Malaysian Immigration System (myIMMs) was faulty or caused delays, saying that they moved through the checkpoints in minutes.

“There were no lines. It only took me two minutes to line up and check through everything,” said an Australian tourist.

A couple from the Netherlands said there were no lines at the Immigration counter when they arrived here at about noon yesterday.

At the international departure gate, Immigration officers clocked travellers in at an average of 15 seconds.

Lines were virtually non-existent during lunch hour in the airport.

At klia2, tourists said that the waiting time was under three minutes.

Deputy Home Minister Datuk Nur Jazlan lambasted the department’s IT scanning system, which he said was frequently breaking down, raising doubts over the Immigration Department’s ability to effectively screen potential threats coming in and leaving the country.

During his visit to KLIA last week, he said the myIMMs system had been down for about an hour, and was prone to “hanging”. He wanted the problem fixed immediately.

The system was also highlighted in the Auditor-General’s Report as having questionable credibility in its screening database, besides its failure to instal certain recognition equipment in airports despite having been paid by the Home Ministry to do so.

It also found that the ministry has not conducted a user acceptance test and provisional acceptance test on the system, despite it being a compulsory condition stated in the payment agreement.