More than 50 per cent of Immigration personnel manning Immigration counters at Kuala Lumpur International Airport and klia2 were replaced in recent months following elements of sabotage in the Malaysian Immigration system (myIMMs).

Deputy Prime Minister Datuk Seri Ahmad Zahid Hamidi had, in a recent exclusive interview with Malay Mail, expressed concern over the episode which had since seen 37 Immigration personnel detained under the Secuity Offences (Special Measures) Act (SOSMA) and  Prevention of Crime Act (POCA).

There are some 1,500 Immigration staff working at the counters at both airports.

Ahmad Zahid, who is also the home minister, said: “I am concerned about the integrity of those manning crucial positions, especially at the nation’s entry and exit points.

“At least 50 per cent front liners at KLIA and klia2 have been replaced.”

He said the move was necessary to beef up security at airports and eliminate any risk of sabotage in the future.

In addition to replacing staff, the Immigration Department would install 300 new facial recognition devices at airports and ports nationwide, as reported by Malay Mail on Wednesday.

The equipment would be installed by the end of next year.

Ahmad Zahid hoped to see the devices installed at all entry and exit points in the near future.

– four were charged in court with human trafficking activities.

– six were further detained for 60 days under the POCA and slapped with a two-year detention order.

– 11 were further detained for 60 days under the POCA and slapped with a two-year restriction order.

– 12 were further held for 60 days under the POCA and waiting for a decision from the Crime Prevention Board if they were to be slapped with a detention order, restriction order or be released.

– four were detained 60 days under the POCA and remain in police custody pending  completion of investigations.

“They fraudulently provided visas, tampered data in the Immigration system, stamped passports of foreigners despite not meeting requirements and conspired to smuggle in those who were on the Immigration Department’s blacklist,” he said.

It is understood the salaries of the grade 19 to 29 staff had been frozen since they were arrested but they had yet to receive their termination letters from the Public Service Department.

A source said most were manning the Immigration counters at KLIA with some based at the department’s headquarters in Putrajaya and its office in Jalan Duta.

Malay Mail had, on May 18, exposed myIMMs had been deliberately sabotaged.

Authorities had then said the online system that screens those entering and exiting the airport were compromised following frequent suspicious breakdowns.

Police later confirmed the mastermind behind the myIMMs system hacking was a Malaysian connected to several local and international human trafficking syndicates. 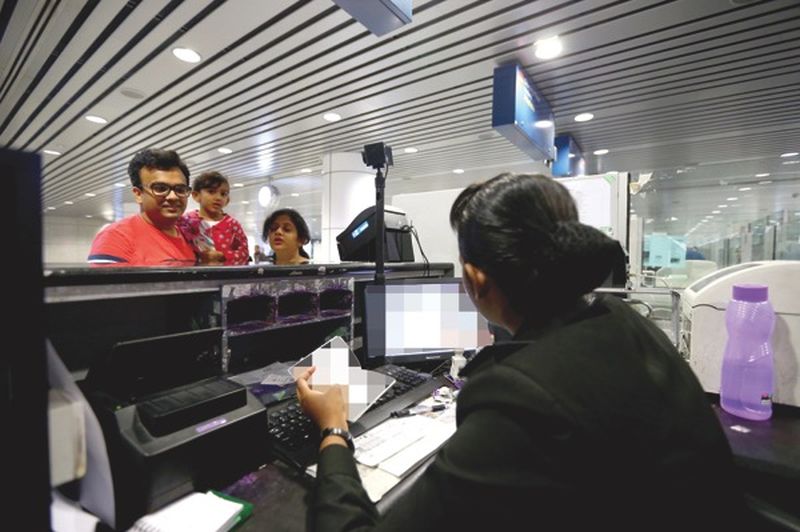 More than 50 per cent of those manning Immigration counters at KLIA have been replaced. – Malay Mail pic