An AirAsia X plane bound for Jeddah spent about four hours circling over the Straits of Malacca  on Sunday apparently to burn fuel to enable it to return and land safely.

The plane, which took off at about 12.20pm, returned safely to Kuala Lumpur International Airport 2 at about 5.40pm.

"I have been told those on board are safe. The pilot had to fly for about four hours to burn fuel to make the aircraft lighter in order to land safely," Liow said.

"It could have continued (its journey) to Jeddah but we felt it was better for it to return, nothing out of the normal," he told Bernama.

AirAsia X said in a statement: "As a safety precaution and in full compliance with all international security and safety standards, the aircraft made a turn back and safely landed at klia2 at 5.40pm." 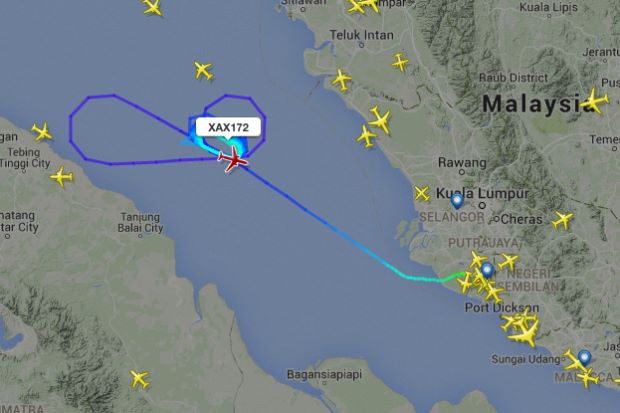 FlightRadar image showing the plane's route over the Malacca Straits

"All passengers on board the aircraft are now being transferred to another aircraft in which the flight is scheduled for 7pm today," it said.